Damage to an area of international importance for wildlife, by people camping without permission, has led to a warning by the Isle of Man Government.

Police were called to the Ayres National Nature Reserve (ANNR) twice this weekend after separate groups were found breaking byelaws and camping without the Department for Environment, Food and Agriculture’s authorisation.

The Isle of Man Government announced on Friday that a designated area within the Smeale reserve had re-opened for overnight motorhome stays, but was clear that prior permission was required and that byelaws must be respected to protect wildlife.

The reserve is one of the most biodiverse areas on the Island and anyone using it must follow the Ayres NNR byelaws or face fines of up to £5,000. In 2019, the Department prosecuted three people for breaking byelaws in the recreation area. The byelaws state that no fires should be lit, all litter must be taken away, and that motorhomes must have a self-contained toilet.

‘The reserve is a perfect place to respectfully enjoy nature. Unfortunately two groups arrived this weekend without authorisation and lit fires which are forbidden under the byelaws. We granted permission to six other campervan owners who did the right thing and respected the rules. This is an area of international significance for nature and we cannot tolerate those who do not respect such important surroundings.’

Following the continued easing of COVID-19 restrictions, the recreation area at Smeale is open to overnight stay for 15 motorhomes only and authorisation must be arranged by emailing - ecopolicy@gov.im. 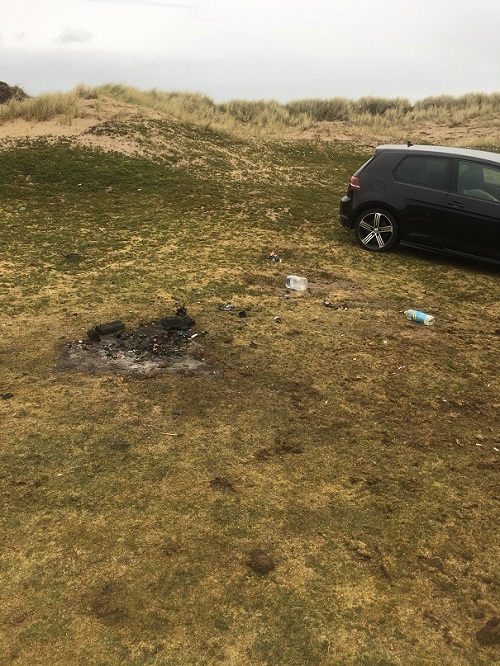