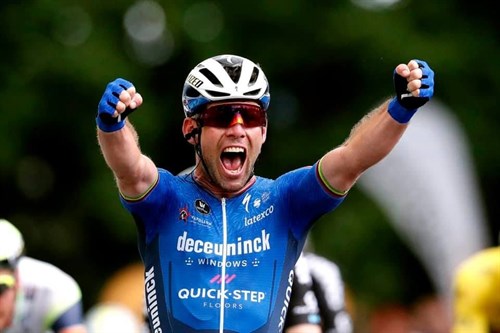 Cycling history maker Mark Cavendish and gymnastic star Tara Donnelly have been crowned Isle of Man Sportsman and Sportswoman of the Year at a ceremony in Douglas.

The ‘Manx Missile’ rolled back the years in 2021 to claim four stage victories at the Tour de France and equal Eddy Merckx’s long-standing record of 34 wins.

Tara Donnelly claimed European, British and Manx titles on the floor and vault in 2021.

FC Isle of Man, who are currently vying for top spot in the North West Counties league, were named ‘Ambassadors of the Year’ after a terrific debut season.

Their performances and attitude have gained them a huge fan base and their story has gained national coverage on programmes such as BBC Football Focus.

Manx Rams claimed the ‘Team of the Year’ award thanks to their international success, which included a silver medal at the Europe Netball Open Challenge in Gibraltar.

Captain, Ashley Hall, who was voted player of the tournament, had even more to celebrate after she was also named ‘Coach of the Year’ for leading the U21s to their first European Championship which was held on home soil.

Football star Sean Jackson, whose performances for Manchester City’s Amputee football team, saw him selected for England at the European Championships in Poland, scooped the ‘Disability Sportsperson of the Year’ award for a second time.

In total, 14 awards were handed out at the ceremony including the ‘Leonie Cooil Courage & Inspiration Award' which went to Andrew Baker after he completed a gruelling 4,600 mile solo row across the Atlantic Ocean in 2021 raising money for local charities.

Colin Brown, who is heavily involved in tennis, football, cricket, table tennis and badminton was presented with a ‘Lifetime Achievement Award’.

As well as playing to a high level in many sports he has dedicated himself to refereeing, coaching and fund raising, so others could enjoy them too.

The other winners on the night were:

‘It was fantastic to celebrate the achievements of the Island’s outstanding athletes and teams, along with the people that help them fulfil their potential.’

‘As always, we have seen incredible achievements from our athletes, coaches, administrators, volunteers and those who help within Manx sport. All of the winners thoroughly deserve their awards and demonstrate what dedication, hard work and commitment can achieve.’

The ceremony, also included a guest appearance from former Olympic gold medallist Amy Williams MBE and saw more than 50 athletes receive Sport Aid and Isle of Man Sport support for the year ahead. 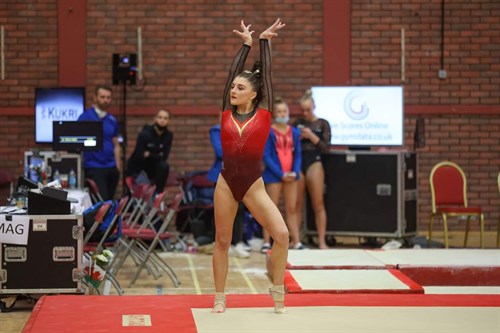