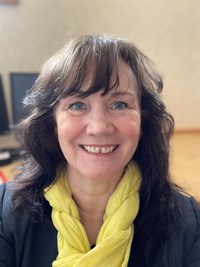 Diane Kelsey MLC has been appointed as the Isle of Man Government’s Armed Forces Champion.

In the role, the politician who spent 23 years as an Engineer Officer with the Royal Air Force (RAF) will encourage recognition and support for men and women, who serve, or have served, in the British Armed Forces.

She will also be a point of contact for people wanting to know more about the Isle of Man Government Armed Forces Covenant.

The Covenant is a declaration of support from the Isle of Man Government for serving and former members of the Armed Forces and their families on the Isle of Man.

Mrs Kelsey, who served with the RAF across the world, will take over from Juan Watterson SHK after 10 years in the position.

Mr Watterson was instrumental to the Isle of Man Government achieving Gold Award status in the Ministry of Defence (MOD) Employer Recognition Scheme in 2021, following the renewal of the Covenant by the former Chief Minister in 2019.

‘I am excited to continue the good work of Mr Watterson, in further developing the scope and depth of the Armed Forces Covenant – especially the hard-earned Gold Award – and I look forward to acting as one of the leads for the Armed Forces on the Island and strengthening relationships with UK Defence agencies.’

Mr Watterson will continue his service to the Island’s Armed Forces community in his duties as Honorary Colonel of the Army Cadet Force (Isle of Man) which is a separate MOD appointment and on various related charities.

‘I am very happy to hand over this role to Diane who brings a wealth of experience and contacts. After a decade in post, it feels the right time to hand on to a well-qualified individual who can bring their own ideas to the role. I look forward to supporting her in this important work for our armed forces community.’