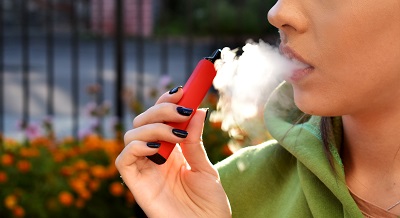 The public are invited to submit their views on a draft bill that will regulate the sale or supply of vaping devices and products.

The consultation is now open and asks for feedback on the proposed ‘Vapour Products Bill’, which has four main aims:

There has been an increase reported locally of issues in schools and instances of petty theft from shops, which suggest a rise in the use of vaping products among young people in the Island. There are also public health concerns as to the potential long-term health risks of vaping for our young people.

This new legislation has been proposed to reduce underage use of vaping devices and products to protect the health and wellbeing of young people, while mitigating against related issues, such as retail theft of such products. It will also bring Isle of Man consumer safety standards in line with those of the UK, to the benefit of adults who use vaping products.

‘Given the evidence and the growing concern over vaping among young people, it is important to act quickly to get these controls in place. We are pleased to have the full support of retailers and colleagues in the IOM Constabulary, Department of Education, Sport and Culture, Office of Fair Trading and the Department of Health and Social Care.

‘The consultation aims to gather views from the public on the regulatory controls proposed by the Bill. I urge everyone to express their opinions as these will be taken into consideration when making possible amendments to the Bill, ahead of its implementation. We will aim to gather these views by the end of January 2023, when we will consider any amendments before introducing the Bill into the House of Keys by the planned date of Easter 2023.’

The consultation is now live on the Consultation hub. Paper copies are also available by calling +44 1624 642639. Please leave your name and address at the end of the voicemail and the team will post it out to you.