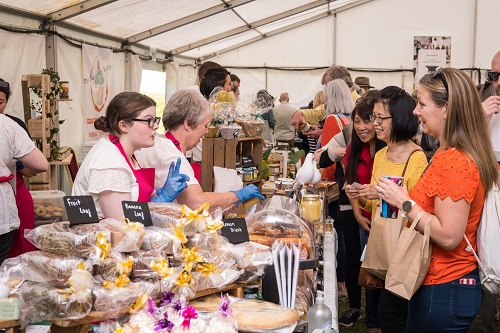 This year’s Isle of Man Food & Drink Festival was worth an estimated £365,000 to the Manx economy, according to a research report.

The Marketing Partnership gathered information from 224 visitors and 28 exhibitors at September’s event which showcased the delicious creations of 70 local producers.

The figure was based on 8,827 adults attending the Villa Marina Gardens over two days, each spending on average £41.36, and buying food and drink from four producers.

Including children, 10,000 people attended this year’s event, compared to 16,000 in 2020, when the Island emerged from its first lockdown.

Around 80% thought it had been a good opportunity to sample local produce and discover what is available on their doorstep, and 82% of exhibitors said they would return next year.

'The festival continues to play a significant role in growing the food and drink sector, a key goal of our Food Matters strategy. The report gives a clear indication that people are increasingly keen to know where their food comes from and buy and support local.'

Producers were encouraged to display the Isle of Man provenance label which indicates food that is grown, reared, caught and processed in the Isle of Man, or contains mostly Manx ingredients. The report showed around 70% of those surveyed were aware of the label and felt it was important.

Feedback continues to highlight that the festival is a great day out with a relaxed atmosphere, and the main area for improvement regarded queuing times which the team will look to address in 2022.