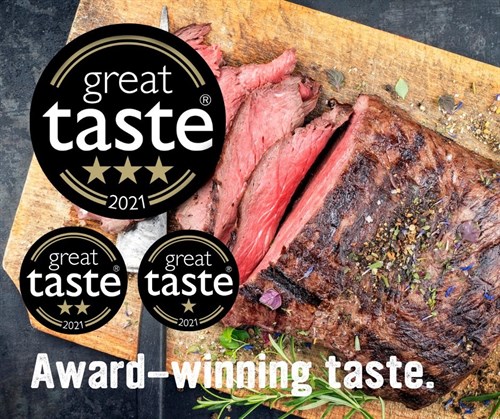 Eighteen food products made by seven different producers on the Isle of Man have been given the stamp of approval by leading experts at the Great Taste Awards 2021.

The annual awards, organised by the Guild of Fine Food, provide a quality benchmark for the food and drink industry and raises the profile of winning products across the world.

Each of the 10,000 entries was blind tasted by a panel of experts made up of top chefs, buyers and food writers, before the best were awarded a star rating which can be displayed on packaging to inform consumers and help them stand out on retail shelves.

According to the organisers, one star means simply delicious, two is outstanding, and three represents an exquisite tasting product.

Isle of Man Meats’ was the biggest local winner with six awards including the highest three star rating for their matured rib of beef.

'We have won several Great Taste Awards in recent years, but this is our best ever result with six in the same year. It is also the first time we have won the top three star award which judges say is only given to extraordinary tasty foods so we are all thrilled.

'The success is another independent industry endorsement for the quality of our products, and that reflects positively on the business and our network of producers, retailers, business partners and all other stakeholders.'

The Department of Environment, Food and Agriculture (DEFA) supports local producers to submit their applications as part of its Food Matters strategy, which aims to grow the Island’s food and drink industry by £50m over 10 years.

'The Great Taste Awards are the world’s largest and most trusted industry awards for food and drink – and we’re thrilled to see so many local producers recognised. Following the success of our food and drink festival it really does show that the Island’s food producers are thriving.'