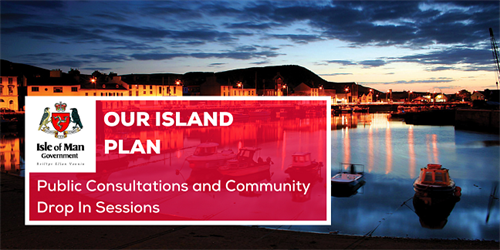 The public are being invited to meet members of the new Council of Ministers at four drop-in events being held around the Island next week.

The events coincide with a consultation period on the new government’s Island Plan, allowing the public both to meet new Ministers directly and discuss future plans.

“Our Island Plan, which sets the focus for Government over the next 5 years and outlines our vision for a secure, vibrant and sustainable future for our Island has been set out at a very early stage of this administration as a draft for input, in order to welcome engagement from the public and community groups and allow contribution to the development of government plans, ahead of an updated Island Plan being tabled for January’s sitting of Tynwald.

“Taking our emerging plans to the people and allowing that opportunity for a face-to-face discussion with a minister about Our Island Plan and the future of our Island is the most direct way to do this and connect government’s plans back to the issues raised on the doorsteps.”

“Government alone cannot deliver all the actions that will be needed to mitigate the risks and capitalise on the opportunities. We must work collaboratively with the public, community partners and key stakeholders, all of which play an important role. I therefore encourage as much engagement as possible in order to provide a broad range of views and perspectives.”

The public can attend to meet Ministers and discuss plans on a one-to-one basis or in small groups.

The Council of Ministers will split into two groups to cover the four drop-in sessions, which will take place in the north, south, east and west of the Island:

The drop-in events are open to all at any time between 4pm and 8pm.  Members of the public wishing to attend are asked to register and assist in monitoring the level of interest and the number of people likely to attend.

Bookings can be made online using the following links:

In addition to next week’s meetings, individuals and groups wishing to submit their views can email islandplan@gov.im or by write to Island Plan, 3rd Floor, Government Office, Bucks Road, Douglas, by Monday 13 December.

From tomorrow (Tuesday 30 November), feedback can also be provided via the Isle of Man Government consultation hub. The process will run for two weeks, concluding on Monday 13 December.