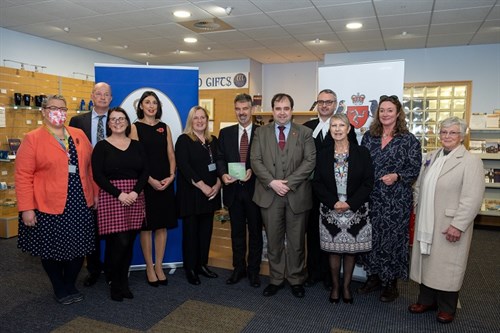 A collection of four coins has been launched to commemorate the 140th anniversary of women being granted the right to vote in the Isle of Man.

The development led to the Island being recognised as the first nation in the world to give women the right to vote in a general election.

The Pioneering Women’s Suffrage Collection comprises four £2 coins depicting the historic signing of poll books in 1881 by the first women to vote at each of the polling stations in the first contested constituency of Ayre.

Images provided by Manx National Heritage feature on the reverse of each coin and depict the names of Catherine Callow, Margaret Kelvin, Eliza Jane Goldsmith and Esther Kee being signed.

In celebration of the launch, sets were this morning presented to President of Tynwald Laurence Skelly and Speaker of the House of Keys Juan Watterson SHK by Treasury Minister David Ashford MHK and Treasury Member Bill Henderson MLC.

‘The commemorative coin sets being launched today help capture change taking place through the signatures of the first women voting, and celebrate the Island’s historic position as an independent, forward-thinking nation.’

‘It is a source of great pride for the Isle of Man and its people to have pioneered votes for women in 1881. This was a significant development and served as an example to many other nations that social change was happening.’

Thanks were expressed to Dr Robert Fyson, author of The Struggle for Manx Democracy, for his research work and attendance at today’s launch event, and to Manx National Heritage for its assistance. The event was also attended by Clare Christian, who served as the first female President of Tynwald, 2011-2016.

The four-coin sets, created by Isle of Man Government currency partners Tower Mint, will be available to buy from the Tynwald Library, Manx National Heritage and other local retailers from next week, and copies of each coin will be placed in general circulation.