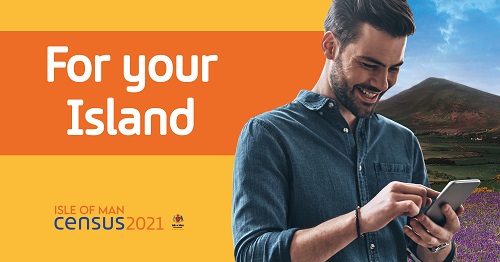 Census forms can be completed anytime between now and Monday 14 June – but the information supplied must relate to your household on Sunday 30 May.

Letters are currently being sent to every household in the Isle of Man ahead of the 2021 census.

People are being strongly encouraged to complete the process online and the letters include a 10-digit access code to be used after following the link at gov.im/census

Alternative options on how to complete the form are, however, available to those who need it - by phone, in person at the census office or using paper forms.

The online form is available when the letters first arrive and can be completed then.

Anyone requiring assistance should contact the census team by calling +44 1624 685700 or emailing census@gov.im

The Census Office, at Nivison House (formerly the Job Centre) on Prospect Hill, Douglas, is also open Monday to Friday, 8am to 4:30pm.