The Isle of Man Government is pleased to announce the appointment of Lieutenant General Sir John Lorimer as the next Lieutenant Governor of the Island.

Sir John, who will succeed Sir Richard Gozney, has just completed a three year tour as the Defence Senior Adviser Middle East and North Africa at the Ministry of Defence. 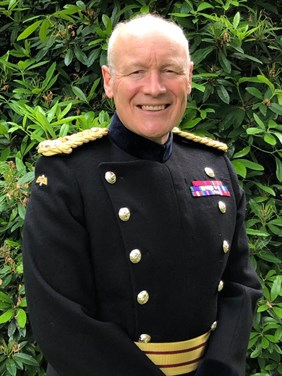 Sir John has served in the British Army for 39 years with a distinguished career that has included tours of duty in Iraq and Afghanistan.

Educated at Cambridge, Sir John is married with three sons. Prior to his recent role as the principal adviser to the Secretary of State for Defence and the Chief of the Defence Staff on the Middle East, Sir John was Chief of Joint Operations, commanding all of the UK’s worldwide operations, including those with NATO and the UN.

‘It is a great honour to be chosen as Her Majesty’s personal representative in the Isle of Man. It is a wonderful opportunity to contribute to the Island and its community. My wife, Philippa, and I are very much looking forward to moving to and making our home on the Island, as well as playing an active part in Manx life.’

The Lieutenant Governor is appointed by Her Majesty The Queen as the representative of the Crown in the Isle of Man.

Arrangements for Sir John’s swearing in ceremony at Castle Rushen will be announced later this summer.