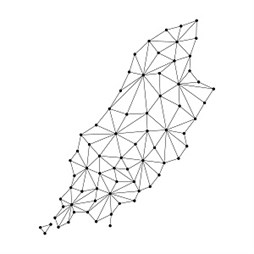 A report has today been released by the Isle of Man Government on the progress which has been made in relation to tackling money laundering and combatting the financing of terrorism.

Its publication follows a series of recommendations presented in 2016 by MONEYVAL, the Council of Europe body with responsibility for assessing compliance with international financial standards.

The report highlights that, by adopting the recommendations made by MONEYVAL, the Isle of Man has succeeded in making significant progress, underpinned by substantial Government investment into financial intelligence, asset recovery and financial crime investigation.

The creation of the International Co-operation and Asset Recovery Team is regarded as a significant development, with some notable results achieved since it was established in December 2016.

More than £24 million has been recovered since January 2019 - including confiscations in respect of domestic offences - which has allowed the repatriation of proceeds of crime to other countries and enabling compensation to be paid to victims.

The largest single case resulted from a request for assistance from another jurisdiction to register and enforce a confiscation order made in that country.

A total of £17,904,384 was identified as being the proceeds of crime and recovered from a local financial institution in partial satisfaction of the foreign confiscation order.

The criminal activity giving rise to the confiscation order - and the subsequent criminal prosecutions resulting in convictions - had taken place entirely within the country making the request.

In line with the Proceeds of Crime Act 2008, the confiscated money was made the subject of an asset-sharing agreement between the Isle of Man and the requesting jurisdiction.

‘As an international finance centre the Isle of Man Government takes seriously its responsibilities to the global community, ensuring that the Island defends itself against financial abuse and pursuing those who seek to commit such crimes.

‘The progress made in this area has been significant and our law enforcement and regulators will continue to focus their efforts on protecting the Island from being used to hide or launder the proceeds of crime.

‘How people gain money from illicit activities continues to be a constantly-evolving situation, with the pandemic providing further and increased opportunities for criminals worldwide. Cases of fraud have increased globally in 2020, but the Island is well-prepared to defend itself and identify those aiming to profit from illegal enterprises.’

The report is available to view and download online.