The FERSA was initially agreed in 2016 with the aim of ensuring a stable and secure basis for the long-term future of the Customs and Excise Agreement between the UK and the Isle of Man.

It is based on final expenditure by households and businesses and is designed to provide the Isle of Man Government with the revenue due to it from the consumption of goods and services in the Island, whether purchased on or off the Island, including those bought over the internet and by mail order.

Following extensive analysis of household and business spending in the Isle of Man and an extended period of discussions with HM Treasury, the basis of the sharing arrangement has been confirmed between the Island and the United Kingdom.

In addition to finalising the calculations with HM Treasury, a new indexation rate has been established and is valid for the next five years, up to 2025.

‘I would like to thank HM Treasury for the consideration they have given to this matter. A huge amount of data analysis has taken place and we can be confident now that the allocated share of revenues is fair and accurate.’ 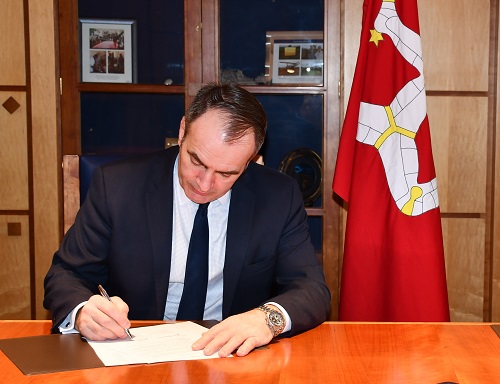