Both will take up their new position with immediate effect.

'I would like to thank Graham for agreeing to take on the position of Minister for Home Affairs. He brings considerable ministerial experience to the role and I know he will build on Bill’s excellent work and drive the Department forward.’

‘I am delighted Alex has taken up my invitation to become the next Minister for Education, Sport and Culture. I am confident in his ability to step up and lead the Department.’

‘It has been a privilege to head a Government department for three and a half years which plays such an invaluable role in Island life. I would like to thank all the staff and Political Members of DESC for all their hard work and support during my time with them.

‘I am optimistic about my new role in Home Affairs, succeeding my late friend Bill, and building on the dedicated work he has carried out in recent years.’

‘I want to thank the Chief Minister for this honour. Providing an excellent education for children and young people of our Island is a key priority of this Government and I am really looking forward to working with students, teachers and parents to help deliver just that.’

Dr Allinson has built up a broad range of experience since he was elected as MHK for Ramsey in 2016 and has been Chair of Manx Utilities as well as political member for the Cabinet Office and Department of Home Affairs. 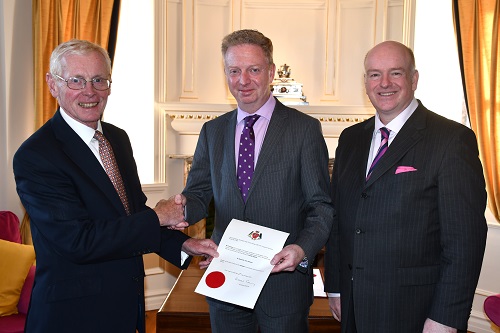