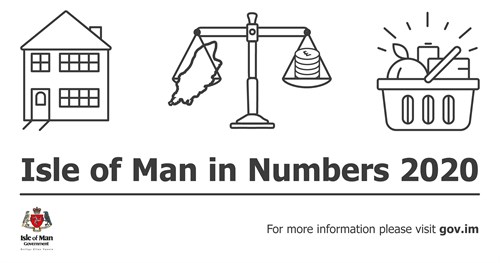 Did you know that that 710 births were registered in the Isle of Man during 2019?

Or that the sale of 844 houses were lodged with the Central Registry, and that the average price for a house was £288,006?

Also in 2019, the total school population was 11,610, almost 9,000 jobs were advertised through the Jobcentre, there were 18 civil partnerships, and 549 tonnes of paper, 1,119 tonnes of glass and 67 tonnes of cans were recycled after being collected at bring banks.

These fascinating facts are among the wealth of statistics contained in the Isle of Man In Numbers 2020, a comprehensive source of economic and social data published by the Cabinet Office.

The annual digest, which is available on the Economic Affairs section of the Government website, covers areas of public interest such as finance and commerce, transport and communications, population and employment.

Data is gathered from a variety of sources including the Census, Passenger Survey and Earnings Survey, as well as from Government Departments, Boards and Offices.

‘This report is one of the many important and informative statistical documents produced by our Economic Affairs division which helps inform the development of Government policy.

‘Each year, it delivers a clear picture of Island life, and provides an in-depth resource for businesses to use for planning purposes as well as being an interesting read for residents and those from further afield wishing to know more about life in the Isle of Man.’