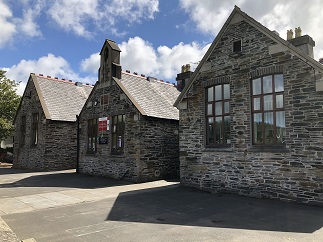 At the July sitting of Tynwald an historic Order was passed which recognised the significant value of the Bunscoill Ghaelgagh (Manx language primary school) by making it a fully maintained Isle of Man Government school for the first time in its 19 year history.

This means that from the 1 September 2020, the school will become part of the mainstream education system – the first time a wholly Government run school has ever delivered the curriculum through Manx.

This initiative began in 1999, when a group of parents whose children were attending the recently established Mooinjer Veggey Manx language playgroup decided to establish a Manx language school.

Following an approach from the parents, the Isle of Man Government agreed to establish a trial half-day a week Manx language session for primary school children and this soon had over a dozen children regularly attending.

There was also a renewed recognition of the value of the Manx language in the 1990s, which led to the introduction of Manx being taught in schools, officers being appointed to promote and develop Manx language and the establishment of specialist playgroups and nurseries.

In September 2001, the first class of pupils started a new term sharing premises at Ballacottier School. With increased interest the classes grew and moved to the site of the old St John’s school in January 2003.

The Manx language charity Mooinjer Veggey has managed to develop the school since then. The curriculum has been expanded and the number of children benefiting from attending a truly unique school environment has grown. Pupils and staff develop a strong emotional attachment to the Manx language, one that reinforces an awareness of Manx culture and history and a strong cultural identity.

‘Bunscoill Ghaelgagh has been an intrinsic part of the Manx language revival, which now sees lessons taught in all our schools as well as adult courses and speaking groups.

‘Work with key partners such as Culture Vannin and Mooinjer Veggey has played a key role in helping us better appreciate the importance of our culture and it has made Manx a living language again.

‘I would like to thank all the staff at Bunscoill Ghaelgagh for their work over the years to inspire new generations of Manx speakers and both preserve and expand our native tongue.’

Phil Gawne, Director of Mooinjer Veggey, welcomed the move as a significant moment for the Manx language.

‘Since it was established 19 years ago the Bunscoill has helped around 170 pupils to become fluent Manx speakers. Prior to the Bunscoill there was never more than a handful of children fluent in Manx going as far back as the end of the nineteenth century.

‘The Bunscoill Ghaelgagh has not only radically transformed the fortunes of Manx Gaelic but has also had a significant influence on minority languages across the globe. Thanks to the Bunscoill’s lobbying, UNESCO was compelled to create a new category of 'revitalised language’ and there are now over a dozen ‘revitalised’ languages recognised by UNESCO. Manx was the first though, and we should all be very proud of this world leading school.’

The Order cements the future of the school by changing its status to a provided school. Previously the school had been operated by Mooinjer Veggey under a contract; it will now be provided and maintained by the Isle of Man Government. This move has been consulted on fully and welcomed by parents, staff and the school management.

Staff will be directly employed by the Government and be able to benefit from the terms and conditions and pension provisions enjoyed by all other teachers on the Isle of Man.

The governing body will reflect the history of the school and the cultural importance of what happens in this unique building.