Visit Isle of Man has launched the second iteration in its three-year tourism campaign aimed at encouraging people to experience the full breadth of the Island’s offering as a visitor destination.

The ‘Isle of Man – The Extraordinary Story’ campaign was created to showcase the very best of the Island, and what makes it so special, from the activities and attractions to the distinctive heritage and culture.

The second phase of the campaign focuses on celebrating the Islanders who make it such an enriching place to visit: showcasing it as an Island that continues to be forged by the pioneering spirit of its inhabitants. Over the next 12 months, it will provide a creative foundation that can be utilised by local tourism businesses and residents as well as provide the basis for various promotional activities that are undertaken to promote the Isle of Man as a visitor destination.

Adopting a new interest-led approach, the campaign focuses around six new interest groups that have been identified as relevant to the three key audience profiles highlighted in the Isle of Man’s Destination Management Plan.

‘Competition for tourism business from destinations in the UK, Ireland and further afield is greater than ever and the Isle of Man needs to continue to work hard to realise its full potential to grow its share of the tourism market.

The campaign fully supports the key actions laid out in our tourism strategy and the Programme for Government, which committed us to strengthening the links between tourism, culture and heritage. Focusing on the fantastic variety of attractions and experiences on offer, this phase of the campaign aims to show that the Island has something for everyone to enjoy, whether they’re a Discoverer, Explorer, Artisan, Believer, Mover or Adventurer – or somewhere in between.’

The centrepiece of the campaign is a refreshed 90-second film which features a host of islander and local businesses. The voiceover was narrated by well-known Isle of Man resident, John Rhys Davies, whose work is familiar to millions from his TV and film work - in particular the ‘Lord of The Rings’ trilogy.

‘Adopting a new interest-led approach to our marketing enables us to be more strategic and move away from the more traditional form of targeting based on age. Although we have segmented our target markets in order to understand our visitors, we can now reach all our audiences with a similar approach and tailored messages relating to our six interest groups.

In year 1 of the campaign, we wanted to showcase the Island and highlight its unique assets, from breath-taking landscapes to its rich history and culture. Now it’s time for them to meet our islanders- our greatest assets, who bring our Island to life and make it a compelling destination to visit, and return.’

In addition, a first for the Isle of Man, Visit Isle of Man is also launching ‘InstaTourism’, inviting Instagram followers to take a virtual tour around the Island. Starting on the main @iom_instatourism account, virtual visitors can explore key sights and attractions by using multiple linked accounts from key Island-wide locations and businesses, through the use of Instagram’s tagging feature. They’ll be able to choose different journeys, navigating the Island based on what they would like to see, and meeting Islanders along the way.

To begin your InstaTour of the Island, visit @iom_instatourism on Instagram.

The full 90-second film and supporting assets can be viewed via the official Isle of Man visitor portal.

The guidelines and creative assets for the new campaign are being made freely available for the local tourism industry to use if they wish, as part of the broad range of support that is made available to them. 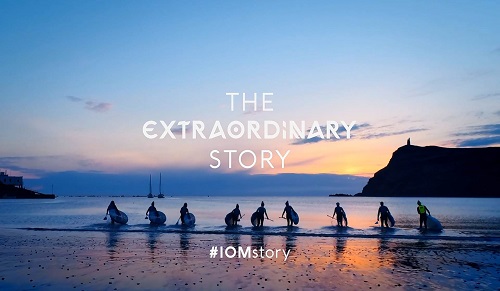 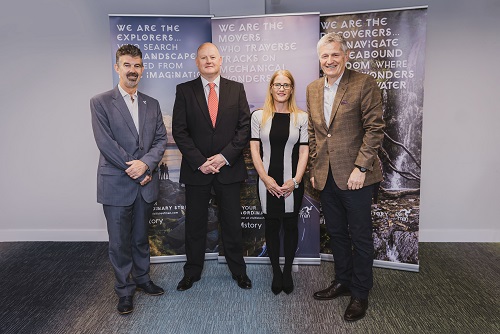