A document designed to form the basis of a new Sea Services Agreement - specifying terms on new vessels, special offers, the removal of higher weekend fares during off-peak times and the refurbishment of passenger facilities - will be presented for approval at this month’s Tynwald sitting.

The Heads of Terms of the new agreement have been drafted following the Manx Government’s decision to buy the Isle of Man Steam Packet Company (IOMSPCo) in May 2018.

The Department of Infrastructure (DoI) has negotiated this Agreement with the IOMSPCo, which will continue to run as a fully commercial concern at arm’s length from the Manx Government, with Treasury its sole share-holder.

Residents and businesses were provided with the opportunity to inform the development of the new agreement during a public consultation exercise which took place last year and attracted 4,962 responses. These responses have helped the Department secure agreements in the following key areas:

If approved, the 25-year agreement will replace the current User Agreement, and includes a provision for review every five years. It will be signed in May before coming into force in January 2020, providing passengers and freight customers with investment, a more resilient service and a range of benefits.

These will include foot passenger fares being frozen until a new vessel replaces the Ben-my-Chree and 450,000 special offer fares being made available each year, compared to 275,000 under the current deal. In addition, children under 16 and students in full-time education will be able to travel at half-price adult fare, while higher weekend prices will not apply between 1 October and 31 March, saving up to £50 on a car-plus-two booking.

A condition to replace the Ben-my-Chree by December 2021 (subject to shipyard availability) is included in the Heads of Terms, along with a £250,000 refurbishment for the Manannan by March 2021 and replacement by December 2026.

The provision of a back-up vessel is a new condition, and would mean IOMSPCo must maintain the services of the MV Arrow in the short-term. When a new passenger vessel is introduced in 2021, the Ben-my-Chree will provide back-up.

The Island’s second link-span, on Victoria Pier, is currently owned by the IOMSPCo but control will be handed to the DoI under a new agreement; the cost of refurbishing the passenger facilities at Heysham Terminal by the end of 2019 will be met by the IOMSPCo and the DoI will improve passenger and baggage facilities at the Sea Terminal in Douglas.

The other main points of the proposed agreement include:

‘The change in ownership of the Steam Packet has created a new opportunity for the future provision of services, and the needs of passengers have been placed at the forefront of discussion while the new terms were drafted.

‘A fine balance needed to be struck as the agreement was developed, weighing the requirement for the Steam Packet to provide a return for Government as its shareholder, and meeting the needs of businesses and residents. I believe the Heads of Terms achieves that and, if approved, will succeed in providing clarity and long-term stability.’

‘We welcome the opportunity to move to a new Sea Services Agreement, which will better fit the needs of the Island going forward. We believe this agreement strikes the right balance between service to the Island, and the principle of “User Pays”. This will ensure that the Company is able to meet all of its future commitments and investment requirements, without recourse to Government for funding.’

The revision of the agreement, approval pending, fulfils a commitment in the Programme for Government to ensure the future security, sustainability and reliability of our sea services.

The current User Agreement and its extensions can be found on the Strategic Sea Services section of the Department of Infrastructure website. 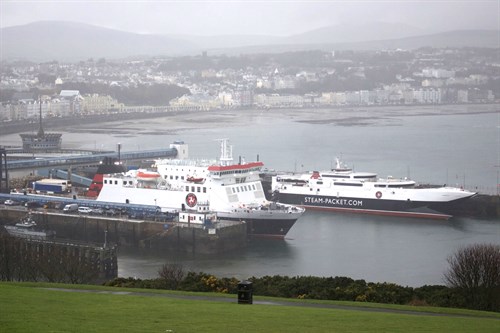