Olympic and British Athletics legend Greg Rutherford MBE has been announced as the 2018 Isle of Man Sports Awards guest of honour this April.

Greg became an Olympic Champion during the iconic “Super Saturday” at the London Stadium in 2012, where he won a gold medal in the Long Jump event, beating his nearest competitor by a full 17cm and taking his place on top of the podium in front of 80,000 supporters.

Greg had to overcome adversity in the years prior to his Olympic success following a series of injuries and finishing 10th in the 2008 Beijing Olympics with a jump of 7.84 meters.

The 2018 Isle of Man Sports Awards sponsored by Microgaming PlayItForward, is a highlight of the Manx sporting calendar and celebrates the successes of the Island’s sportsmen and women at all levels in 2018.

‘We are delighted that sporting legend Greg Rutherford has been announced as guest of honour at the Isle of Man Sports Awards this year. With his adventurous and competitive spirit coupled with his passion for sport, Greg is a great inspiration for aspiring athletes on the island.’

‘Greg is a fantastic athlete and someone who inspired the nation during his career. His stories of adversity is one which many of the Isle of Man’s sports stars will be able to relate to, and should inspire everyone to never give up on their dreams of success at the highest level.

‘Most people remember where they watched the moment Greg jumped his way into the Olympic record books, becoming a Gold medallist on that spellbinding night in 2012, and I’ve no doubt that he has inspired many young people to get into sport and try to follow in his footsteps.’

The awards will be held on Thursday, 4th April 2019 at the Villa Marina.

The Manx public can still submit nominations for the Isle of Man Sports Awards via email or post (forms are available from the IOM Sports Awards Facebook page or www.isleofmansport.com) before the closing date of 31st January 2019. 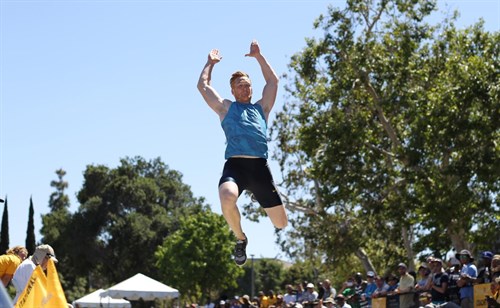