Commemorative coins depicting the Isle of Man’s special wildlife are due to be launched at the World Money Fair in Berlin in February.

A proportion of the value of each coin sold will be donated to the Manx Wildlife Trust, which was involved in putting the collection together.

‘The Isle of Man has a rich and diverse wildlife of native and imported species, as well as those lost and then reintroduced to the Island.

‘I am pleased that we can showcase our unique and special wildlife to the world in this way.  It has been a pleasure to provide input for this project which we hope will benefit our wildlife in general and, of course, the Manx Wildlife Trust in the future.

‘We all have a duty of care to our wildlife and the biodiversity of the Island. This collection will help to promote the Isle of Man’s Biosphere status and will contribute to its continuation.’

A Coin Order to establish the collection appeared on this month’s Tynwald Order Paper.

‘Tower Mint is proud to be launching the first coins in the Manx Wildlife Collection, which mark the beginning of an annual series. It is being carefully developed to capture true lifelike designs, offering coin collectors the opportunity to see these amazing and somewhat rare species on the Isle of Man.’ 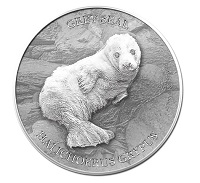 Atlantic Grey Seal Coin (Halichoerus Grypus):
There are two species of seal found around the Isle of Man – the Atlantic Grey Seal, and its slightly smaller cousin, the Common Seal. Both species breed in the Isle of Man waters, but their breeding habits differ somewhat from each other. The Common Seals undertake their courting and mating ritual mostly underwater, and the females give birth to their young pups in the early autumn. These pups are born in an advanced stage of development and can swim within hours of their birth.  By contrast, the Atlantic Grey Seals are more gregarious in their nature, with the females coming ashore in the early autumn to favoured breeding sites, called a ‘rookery’, such as in the Sound, where they give birth to their pups with their distinctive while furry coats. 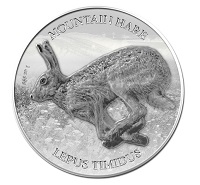 Mountain Hare (Lepus Timidus):
The mountain hare can be found in northern upland areas among the heather and into the snow line. It is slightly smaller and rounder in appearance than the brown hare, has smaller ears which are held upright and an all-white tail. It is this latter detail which distinguishes it from its cousin, as in the brown hare the tail has a black upper surface. Its other most notable feature is the change in the colour of its coat which turns white in the winter. This is triggered by temperature, with the animal moulting to its winter coat in October/November and moulting back to its summer coat around March. 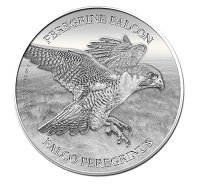 Peregrine Falcon (Falco Peregrinus):
The island is home to spectacular wildlife and bird species such as the Peregrine Falcon, Manx Shearwater and many more can be found in the Isle of Man. But all of these are under pressure from pollution, changing land use, disturbance and dwindling food supplies.  The peregrine is a large and powerful falcon. It has long, broad, pointed wings and a relatively short tail. It is blue-grey above, with a blackish top of the head and an obvious black 'moustache' that contrasts with its white face. Its breast is finely barred. It is swift and agile in flight, probably the fastest animal on earth able to reach recorded speeds of over 200 miles an hour in a ‘stoop’ - chasing prey. In the British Isles peregrines do not migrate, and the majority stay within 100 km of their birthplace, although some upland birds move to lower ground or the coast in winter.