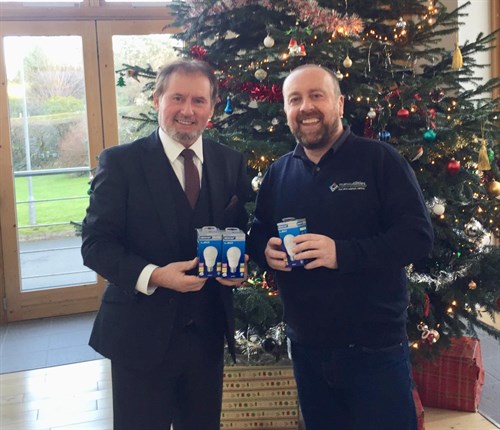 An energy saving scheme by the Isle of Man government has almost reached the milestone of 2,000 free LED light bulbs being handed out.

The LED Lighting Initiative, launched in July 2018, was designed to help those with low incomes to reduce electricity bills and has so far helped almost 400 households to make an average saving of over £120 year.

During the initiative the Department of Environment, Food and Agriculture, supported by Manx Utilities, made five energy saving bulbs available for free to replace older less efficient bulbs.

‘Residential properties are the largest contributor to carbon emissions in the Isle of Man and this initiative forms part of the island’s energy efficiency and climate change mitigation strategy.

‘As the Isle of Man looks to do its part as a global partner to tackle climate change we must work together to achieve our goal of net carbon zero by 2050.

‘For us to reach our target we need a just transition - climate change isn’t just for those who can afford to make changes and those low income households taking part will reduce emissions and save on energy bills. It is a win, win situation.’

Government figures show the homeowners benefitting from this initiative made a collective annual saving of over £50,000 – whilst significantly reducing emissions.

LED bulbs use 80% less energy, last longer and are just as bright as traditional bulbs, but are more expensive to buy. On average the switch can save more than £5 a year per bulb, depending on the type of bulb you replace, and how many hours it is in use.