Images of the proposed design of the Isle of Man Ferry Terminal at Peel Land and Property’s Liverpool Waters have today been released ahead of the submission of a planning application next month.

The digital illustrations will be displayed at a public exhibition in Liverpool on Thursday (1 November) to fulfil the requirements of planning legislation. Residents who live close to the site have been sent letters inviting them to view the plans (Pictured below). 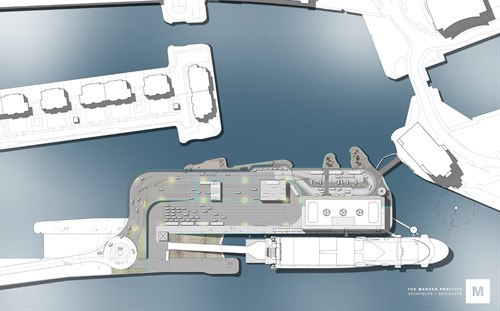 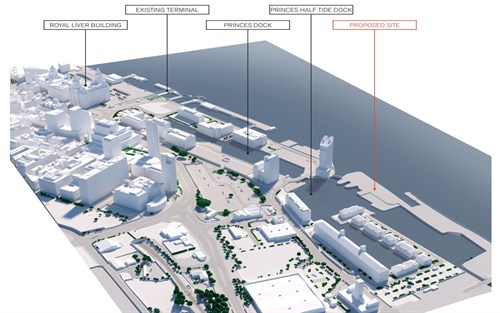 ‘The proposed terminal has been designed to combine a high standard of civil engineering with a high quality building.

‘Passengers’ needs have been at the forefront of the design process, with comfortable and modern facilities housed in a building which will serve generations of travellers well for many years to come.’

Planning approval pending, the building will be constructed at Princes Half Tide Dock, which is 800 metres downriver of the current Pier Head facility. The new ferry terminal will be part of the £5 billion waterfront regeneration scheme which will see five new neighbourhoods created as part of the 60-hectare Liverpool Waters project. 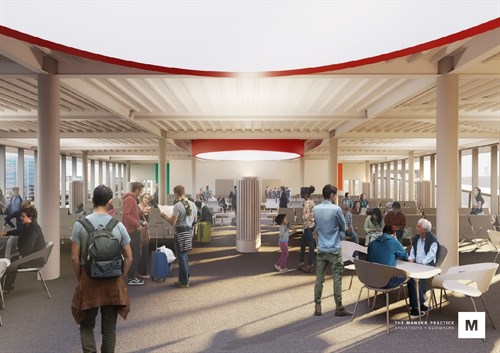 The Isle of Man Government announced last month it had completed negotiations with Peel Land and Property Limited for the long-term leasehold ownership of the site, which sits within Liverpool’s Maritime Mercantile City World Heritage Site and the Stanley Dock Conservation Area.

The development of the design, in partnership with architects The Manser Practice, has involved consultation with a number of parties, including Liverpool City Council, Liverpool Waters Conservation Board, Places Matter Design Review Panel and Peel Holdings. 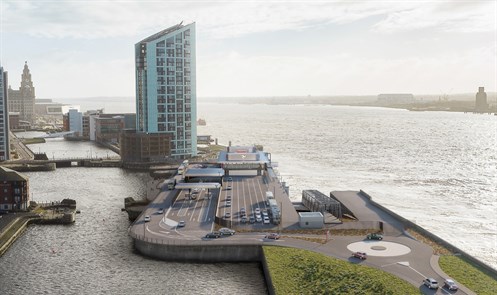 Vehicles and freight traffic will be served by a link road currently under construction, paid for by Liverpool City Council and the Combined Authority who have worked together to deliver funding through the major City Centre Connectivity project. Foot passengers, meanwhile, will be able to access the terminal via a riverside footbridge, near to the planned Cruise Liner Terminal Hotel which will be located at Princes Dock. Bus and taxi facilities will be provided to the new site and will also be available across the footbridge, adjacent to Alexandra Tower as part of the Cruise Liner scheme.

‘The new Isle of Man Terminal is a critical piece in our regeneration plans for the north shore of Liverpool. The city council is investing a huge amount of money in the transport infrastructure to support this new facility and we look forward to its completion. The Isle of Man and Liverpool have a historic relationship and this new ferry terminal will cement our strong links and forge even closer ties into the future.’

Funding for the project is subject to approval from Tynwald. The new terminal is scheduled to open in late 2020.

Securing the provision of a replacement landing stage in Liverpool is a commitment contained in the Programme for Government as a matter of national importance.

A formal planning application will be submitted following the public exhibition of the design.​ 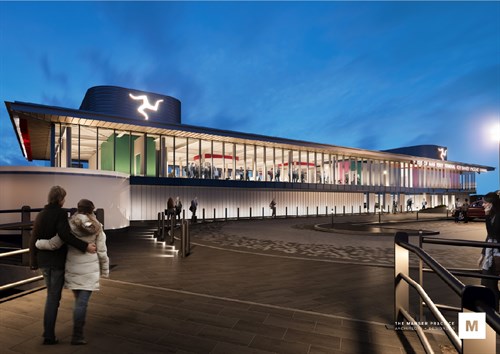