An oil and gas exploration licence has been awarded for part of the Isle of Man’s seabed.

Crogga – an Isle of Man-based company setup by local residents with experience in the oil and gas sector – was awarded the licence following a bidding process held between September and December 2017.

The initial seismic surveys will be subject to approval by the Department of Environment, Food and Agriculture and will require consultation with other stakeholders.

Any progression to future stages, such as exploratory drilling, would require further consent and approvals. It would be based on the findings of the seismic data collected and would require the licensee to demonstrate further financial and technical capability. Appropriate environmental information would also be sought at this stage in order to inform any decision.

The area of seabed licensed is off the east coast of the Island and covers 266 square kilometres. 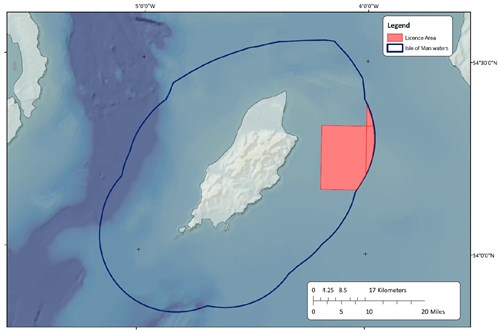 The area was previously explored by BP in the 1980s and 90s. Advances in technology may make further exploration and extraction a more viable proposition.

The granting of the licence fulfils a commitment in the Programme for Government to maximise the social and economic value of the Island’s territorial seabed.

Allowing the appraisal of the field will promote economic growth at no cost to the Isle of Man Government.