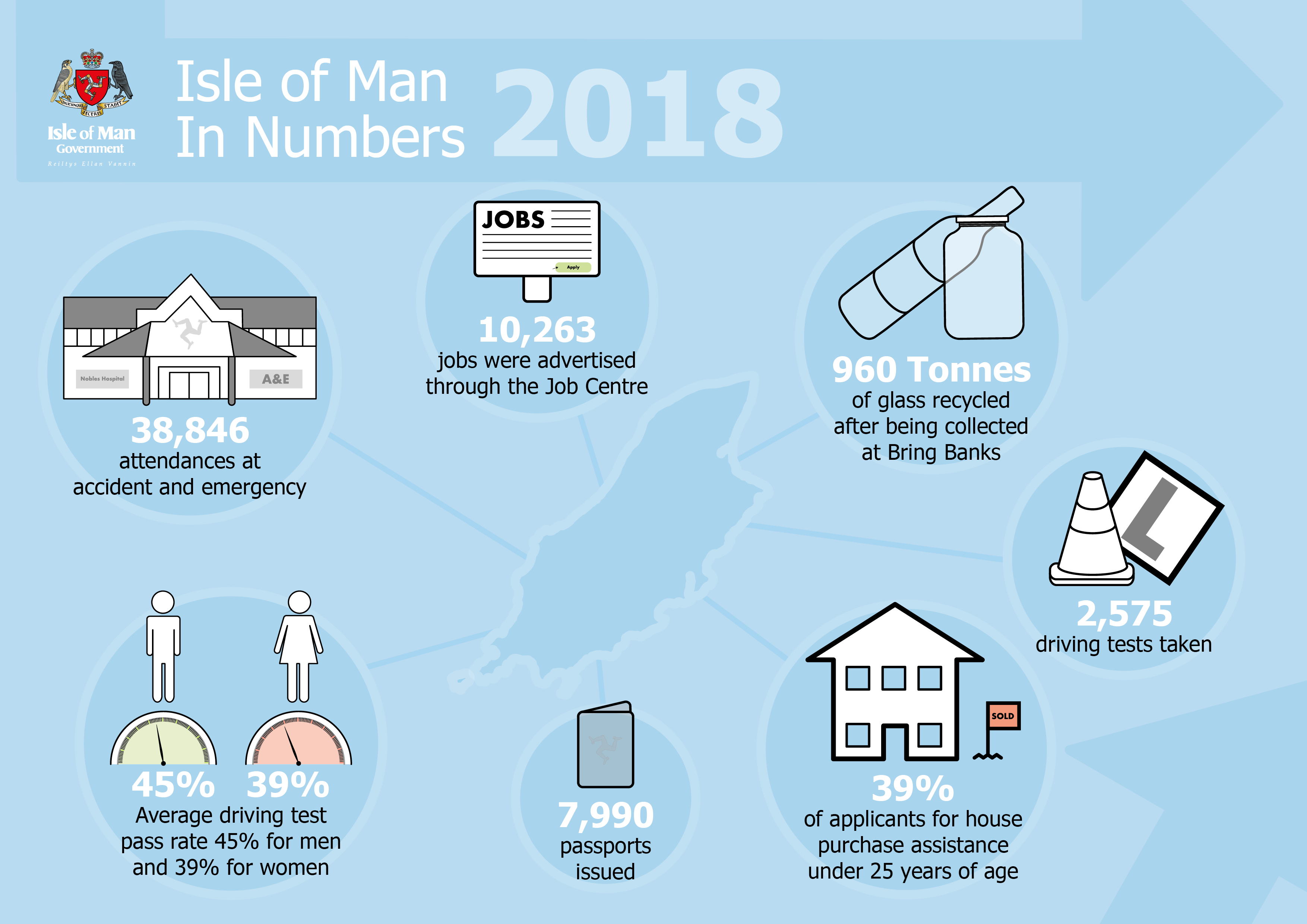 Did you know that 960 tonnes of glass were recycled after being collected at Bring Banks in the Isle of Man in 2017?

Also in 2017, a total of 7,990 passports were issued, there were 38,846 attendances at accident and emergency, 10,263 jobs were advertised through the Job Centre and 39% of applicants for house purchase assistance were under 25 years of age.

These fascinating facts are among the wealth of statistics contained in the Isle of Man In Numbers 2018, a comprehensive source of economic and social data published by the Cabinet Office.

The annual digest, which is available on the Economic Affairs section of the Government website, covers areas of public interest such as finance and commerce, transport and communications, population and employment.

Data is gathered from a variety of sources including the Census, Passenger Survey and Earnings Survey, as well as from Government Departments, Boards and Offices.

‘The report provides an interesting snapshot of life in the Isle of Man. It is one of the many statistical resources that helps to inform the development of Government policy and is also used by private enterprise to assist business planning.’