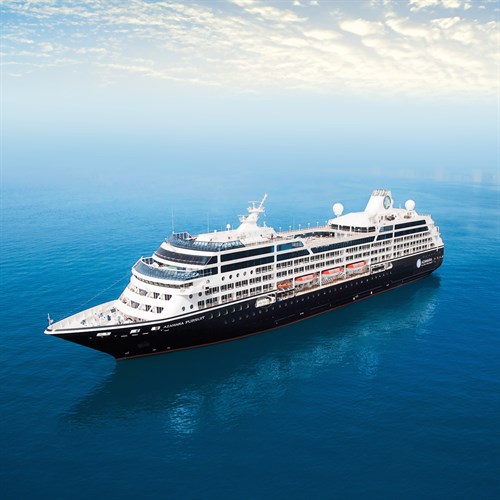 The Isle of Man is due to play host to the first ever port of call for the 180m long ‘Azamara Pursuit’, when the vessel calls into Douglas on Wednesday 25th July 2018.

The visit also takes on special significance as the ship is skippered by Captain Carl Smith, a Manxman who hails from Peel.

‘It is a great honour for the Isle of Man to be the very first port of call for the ‘Azamara Pursuit’ and with 37 cruise calls planned for 2019 already, this is further evidence of the growing confidence in the Isle of Man as a cruise destination.’

During their time on the ashore passengers will be visiting numerous sites around the Island including Castletown, Peel, Cregneash, Snaefell and the Grove Museum in Ramsey. They will be utilising the Steam Railway, Manx Electric Railway and Snaefell Mountain Railway, in addition to coaches. Entertainment is being arranged by Azamara to greet the passengers as they arrive ashore and a selection of local produce is also being supplied to the vessel including Manx meat, salmon, queenies, cheese, ice cream and chocolate.

Isle of Post office Stamps and Coins are also producing a commemorative certificate for all those on-board.