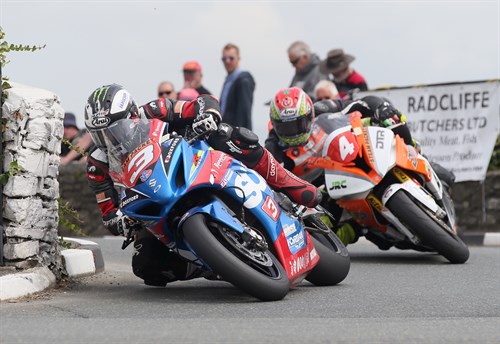 The Department for Enterprise has released the latest visitor survey for the Southern 100, showing an increase of fifty percent in visitors to the races in 2017.

In 2017 a total of 4,770 attended the event which runs on the Billown circuit at the beginning of July. The survey showed visitors stayed for an average of 4.3 nights and spent an estimated £434 on the trip. This equates to an estimated visitor spend of around £2.1 million, representing a contribution of just over £1.5 million to the Island’s economy.

The survey is the latest in a series of annual surveys carried out by the Department for Enterprise to assess the economic contribution of the Island’s three main motorcycle events – the TT Races, the Isle of Man Festival of Motorcycling (Classic TT, Manx Grand Prix, VMCC Festival of Jurby, Two Day Trial) and the Southern 100.

‘This remarkable growth is a tribute to the hard working committee of the Southern 100 Club who continue to deliver a strong event that contributes significantly to the Island’s overall visitor economy as well as attracting notable media coverage through print, online and television.

‘The event is now well established as the third largest on the island in terms of visitors and is an important pillar in our annual motorsport strategy and a great contributor to our visitor economy.’

‘The results of the 2017 visitor survey confirm the increasing popularity of the Southern 100 and encourages us, as organisers to continue to further ensure the quality of the entry and improve facilities for the spectators and enthusiasts who make the effort to return year after year and enhance their visitor experience.

‘Southern 100 Racing are already well advanced in the planning for the 2018 Southern 100 which will held from Monday 9 to Thursday 12 July.’