The Department for Enterprise has appointed a local consortium led by Greenlight Television, and supported by Isle of Man based SES and Duke Marketing, as host broadcaster for the TT Races and Classic TT from 2018 onwards following a recent tender process.

Greenlight Television is one of the world’s leading motorsport television producers and, as well as previous experience on the TT Races, the company’s extensive portfolio includes over 140 events each year around the world, including the Monaco Historic Grand Prix and the North West 200 Road Races.

Greenlight Television is based in the Isle of Man where it operates a full post-production facility, where immediate post-race editing will take place. The company also has an office in Manchester’s Media City as well as a North American operation.

Isle of Man based SES are the market leader in HD and UHD satellite broadcasting. SES delivers over 80 UHD channels globally and plays out more than 500 hours of live sports, including the English Premier League, daily for broadcasters worldwide. Duke Marketing, a local company that has operated the official Isle of Man TT website on behalf of the Isle of Man Government for the last 17 years, is also part of the consortium.

‘Television production is an integral part of both the commercial programme for the TT and Classic TT Races and our opportunity to promote our historic events, and the Isle of Man, to a worldwide audience. I am delighted that an organisation so intrinsically involved with the Isle of Man will be heavily involved in its successful delivery. Everyone associated with the TT Races is looking forward to ushering in a new era for the event with this appointment.

‘In awarding the production contract to Greenlight Television it is appropriate that we acknowledge the high standard of work that the incumbent, North One TV, has delivered over the last nine years.’

‘We are all delighted to have been awarded the host broadcast contract for the Isle of Man TT Races and Classic TT Races for the next five years. Both are unique and iconic events in their own way and we look forward to working with the organisers, officials and riders to deliver exciting and engaging programming from them.

‘The Isle of Man has provided a spectacular backdrop to the heroic deeds of racers for 110 years and we will be making the most of the unique opportunity this presents to reflect both a glorious past and a breath-taking future.’ 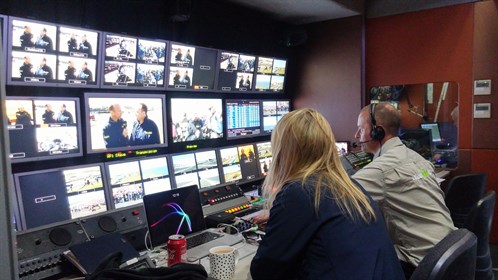