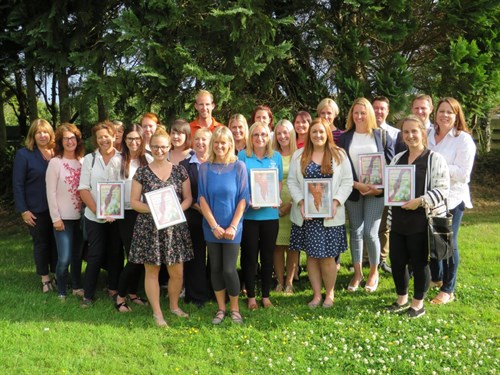 A special awards evening has been held to celebrate schools and nurseries recognised for their good practice in early years education.

The Island has two awards that seek to encourage nurseries and schools to continually improve their early years education, which covers children from birth to age 5.

Both awards focus on reviewing the quality of teaching, learning, and development in a range of settings, to support nurseries and schools to identify areas of strength as well as areas that they wish to develop.

The introductory Manx Step into Quality Award sees organisations measure their attainment against six criteria over a 12 month period.

The Manx Quality Award is the more advanced level and takes two years, with organisations monitoring their performance in eight different areas of early years education.

Dhoon Primary School reception maintained its Manx Step into Quality Award by completing a post-award verification that identified ‘continued development of quality practice’ at the school.

This is the first school to achieve the full award and the school used the process to develop a number of partnerships, resulting in successful links between nurseries, playgroups, and parents both before and after children start school.

'It is always pleasing to see passionate practitioners from schools, nurseries and playgroups being rewarded and recognised for the excellent work they do. The awards provide the opportunity for practitioners to reflect on what works well and what areas in their schools and nurseries can be further developed.'

'The Manx Quality Award has been running successfully since 2008 and has evolved into a benchmark for recognising quality play, learning, and development in a wide range of early years settings across the Island.

'I would like to congratulate the winners in obtaining the Step into Quality Award, post-award verification, and the full Manx Quality Award. This reflects the hard work and dedication that staff have shown in thinking critically about their practice and making positive changes.'