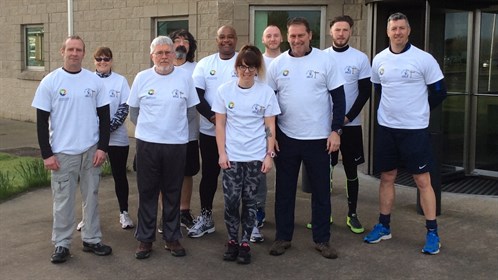 Staff and prisoners from Isle of Man Prison walked the Millennium Way to help raise money for Manx Cancer Help.

As well as raising funds for charity, the walkers performed an important environmental role by picking up litter left behind during the Lisa Lowe Memorial Walk, which was held the previous day.

A cheque presentation will follow once all the money has been collected.

Staff at the prison are long-standing supporters of Isle of Man charities and took part in the first Lisa Lowe Walk in 1997.