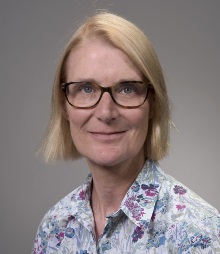 A report which provides an independent overview of the health and wellbeing of the population of the Isle of Man is published today (Tuesday 24 October).

‘A Healthy Island?’ is the first annual report to be compiled by Director of Public Health (DPH) Dr Henrietta Ewart and the first of its kind to be published since 2004.

Dr Ewart was appointed to the substantive post of Director of Public Health in November 2016 after serving in an interim capacity since 2015.

The information contained within ‘A Healthy Island?’ has been collected using a Public Health Intelligence (PHI) function developed by the Public Health Directorate over the past two years, and which allows the publication of statistics that reflect the health of the population.

PHI is gathered through a range of routine sources, including health activity statistics and mortality data, as well as through health and lifestyle surveys, the first of which took place late last year and involved 7,000 households chosen at random before being extended to the wider population.

The report is designed to give an overview of the data that will be accessible to the general reader but is also designed to form the basis for inter-departmental discussions about how different parts of Government can work together to improve wider determinants of health, such as socio-economic, environmental and behavioural factors.

Co-ordinated action on these factors is regarded as essential in delivering the Programme for Government objective that ‘we live longer, healthier lives’.

The report is available to view at gov.im/dphannualreport as well as at libraries around the Island and covers three main themes: life expectancy, lifestyle risk factors – including healthy weight, drugs, alcohol, tobacco and mental health – and mortality.

‘When we were designing our dataset, we looked at what was being done in other jurisdictions across the British Isles and also considered the merits of devising our own system. We decided to follow Public Health England’s because it is currently the best developed such dataset, is fully available online and enables us to compare our data not only with that for England but with that for each local authority area within England.

‘Benchmarking against other areas is particularly useful in indicating those outcomes where we are doing worse – or better – than comparable populations. This helps us identify areas that should be a priority for us to work on and where we are likely to be able to achieve greatest improvements from local review.

‘We should not use benchmarking to support complacency as there is opportunity for improvement across most areas. Prioritisation is, however, important if we are going to target scarce resources to achieve maximum impact.’

Smoking is identified as the key modifiable risk factor within the report, implying that further work must be undertaken to understand which groups in the Island’s population need more support to help with smoking cessation.

However, overweight and obesity now rival tobacco as major modifiable risk factors and the report indicates these are issues that endure throughout an individual’s life.

‘To achieve lasting change we need to ensure that we take a consistent and systematic approach to the topics presented in this report – involving relevant stakeholders in scoping and ensuring that the actions and interventions we plan are evidence-based, fit together and complement each other.

‘This report is not intended to give the answers to what we should do to improve health and wellbeing or who should do it. We do need to improve the way we work together – across government, the private sector, voluntary sector and communities – to drive systematic and sustained change.’

For further information contact Public Health on +44 1624 642639 or email publichealth.dhsc@gov.im