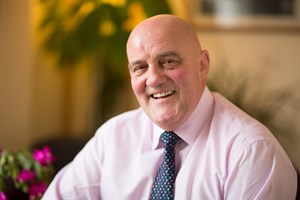 This recent confirmation will help the operators of ships operating on the Isle of Man’s successful international ship register, as the agreement bestows ‘Most Favoured Nation’ status to Isle of Man-registered ships.

‘We are delighted with this recent confirmation. It sets out clearly the elevated status of the Isle of Man and will significantly reduce the port dues paid by Isle of Man registered ships in Chinese Ports.

‘Asia is a real area of growth for the Isle of Man, with recent statistics showing that over 60% of the total tonnage of ships on the Isle of Man register is now owned or managed in Asia. Our confirmation as ‘Most Favoured Nation’ will be seen as a real boost to the competitiveness of the register, particularly in the sectors where many of our owners are operating, and will help to make the Isle of Man even more attractive as a reputable Flag State.

‘Confirmation of the Island’s status will be welcome news to the large number of dry bulk operators trading into and out of Chinese Ports. The Isle of Man has been very successful in recent years in attracting some of the world’s largest bulk carriers to its fleet, most of which are managed in Asia and trading with China, and bulk carriers now represent over 35% of our total tonnage. With the reduced port dues as part of the Agreement, this will allow significant cost savings to operators for each Chinese port call.’