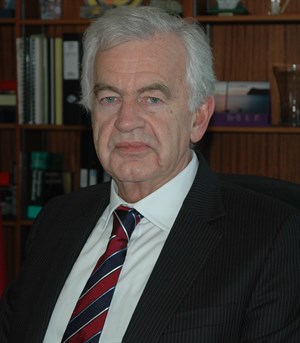 Long-serving Manx advocate John Quinn has been appointed as the new Attorney General in the Isle of Man.

Mr Quinn has been appointed by Her Majesty The Queen and will act as legal adviser to the Lieutenant Governor, Council of Ministers, Government Departments and Statutory Boards.

The Attorney General is required to offer guidance on matters of law and issues relating to the Isle of Man's domestic and external interests. He is also responsible for representing the Crown in the prosecution of offences and for the drafting of Government legislation.

Mr Quinn will bring a wealth of experience to the role, having served as HM Acting Attorney General since March 2013.

A Past President of the Isle of Man Law Society, he has a strong track record of professional achievement, having successfully managed and developed several legal practices over a 30-year career in Manx advocacy.

Mr Quinn, who is also well-known for his charitable work in the Island, said:

'It is a great honour to be appointed by Her Majesty The Queen to the post of Attorney General. I will endeavour to serve the Crown and the Isle of Man community to the best of my abilities in the time ahead.'

Arrangements for the official swearing in of Mr Quinn will now be progressed.