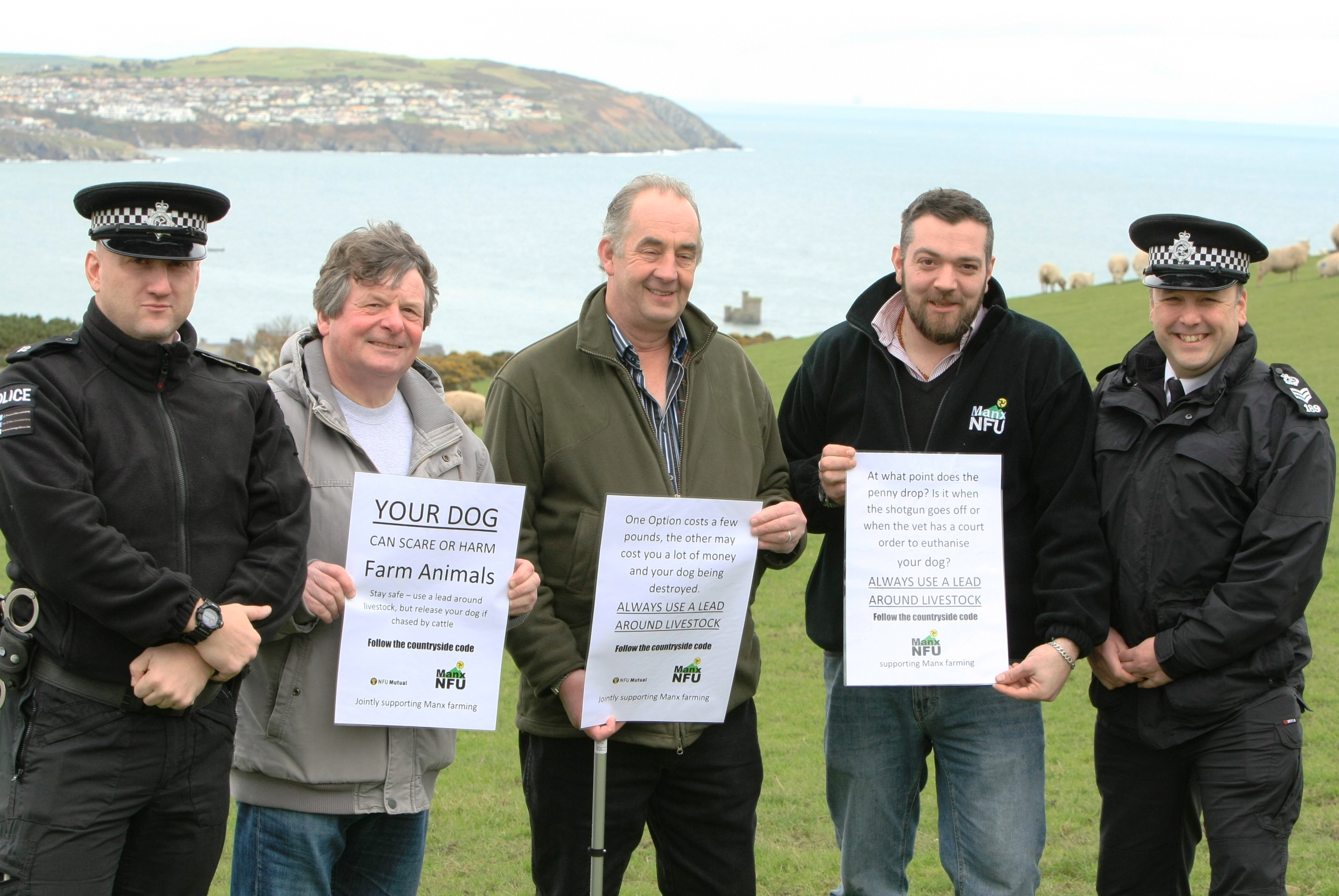 The public is being urged to keep dogs under control in the countryside to avoid death and serious injury to livestock and distress and loss of livelihood to farmers.

The Department of Environment, Food and Agriculture (DEFA) and the Manx National Farmers’ Union (Manx NFU) are joining up to appeal to dog owners to act responsibly and the public to report attacks.

The appeal follows an increase in attacks on livestock by dogs, which have continued despite high profile prosecutions and shocking images of maimed animals being shared on social media.

Livestock worrying occurs when dogs attack or chase animals. In the case of sheep, this also extends to a dog being ‘at large’ – not on a lead or under control – near them.

‘As spring approaches, we are working with the Manx NFU, with the support of the Manx SPCA and Isle of Man Constabulary, to highlight the devastation and distress caused by dogs worrying livestock.

‘The effects of a physical attack need no explaining. But significant damage can also be caused by a dog simply being present in a field. Pregnant ewes can abort lambs and lambs can be separated from their mothers, which can lead to malnutrition or death.

‘The advice to those exercising dogs in the countryside is – ensure they are under control at all times and avoid fields where livestock is grazing.

‘If passing through a field of sheep on a public footpath, keep dogs on short leads and do not allow them to bark uncontrollably.

‘If negotiating a field of cattle, walk close to the fence or hedge rather than cross the field.’

‘Owners who lose dogs on or near farmland should ring the dog warden without delay on 686688 (office hours) or 851672 (up to 8pm on weekdays or between 9am and 12 noon on Saturdays) and contact the farmers, who will help locate dogs to avoid incident.

‘I’d encourage all dog owners to have those numbers stored in mobile phones.’

‘If for any reason they can’t contact the dog warden they should ring police on 631212.’

‘Farmers and those who use the countryside for recreation are urged to report all incidents of livestock worrying to police.’

‘We are extremely concerned by the growing issue of livestock worrying.

‘We have had more than 40 cases reported in the last two years, varying from attacks on individual animals to farmers losing entire flocks.

‘Losses suffered by farmers have been substantial, both in terms of emotional impact and financial costs.

‘Owners may not think their family pet is capable of attacking another animal and, to owners, dogs’ behaviour may seem merely playful.

‘However, it is dogs’ natural instinct to chase, so owners must keep them under proper control.

‘In some circumstances, the law allows farmers to shoot dogs found attacking or seriously worrying livestock. They don’t like to, and fortunately it is a rare occurrence, but they take livestock welfare very seriously.’