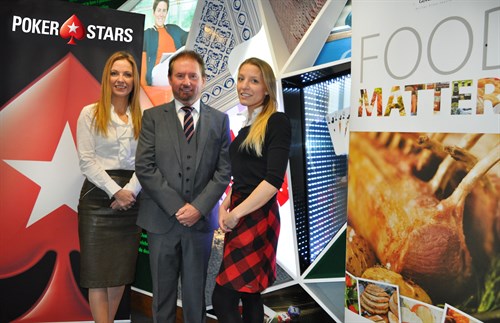 PokerStars is to be the main sponsor of the 2017 Isle of Man Food & Drink Festival.

The festival takes place in the Villa Marina Gardens on 16 and 17 September.

Jon Weedon, who is responsible for PokerStars’ corporate sponsorships, said:

‘We are delighted to support the Island’s premier celebration of local food and drink.

‘This festival brings together everyone with an interest in and who values the quality and heritage of local produce, which is great news for the Island’s producers and retailers, and above all, consumers.’

Magnet (IOM) Ltd will support the competition by supplying a kitchen to host cookery sessions and the Isle of Man Chef of the Year and Student Chef of the year competitions.

Robinson’s and Isle of Man Teas are also sponsoring the event.

The festival will be run in association with Manx Radio, which will broadcast live from the event, promoting its ‘local focus’ campaign, and will run a competition for tickets.

‘Through the Programme for Government, we encourage new businesses, support those that are growing and create an environment for businesses to flourish.

‘The Isle of Man Food & Drink Festival is our flagship food and drink event and brings together established and newer producers to showcase their products to thousands of visitors.

‘Producers attending gain new customers and raise awareness of the variety and quality of Isle of Man food and drink, which plays an important role in our economy.

‘I am pleased the festival has attracted the support of PokerStars, Magnet (IOM) Ltd, Robinson’s, Isle of Man Teas and Manx Radio and I hope other companies will join us in supporting the festival and being associated with the successful food and drink sector.’

To find out more about sponsorship packages, contact Audrey Fowler, Marketing Manager at the Department of Environment, Food and Agriculture, on 685856 or Audrey.fowler@gov.im

For more about the festival, visit www.gov.im/food

In 2015, the festival won an Isle of Man Newspapers’ Award for Excellence.