Chief Minister Howard Quayle MHK has paid tribute to Lord Randolph Quirk, who passed away this week at the age of 97. 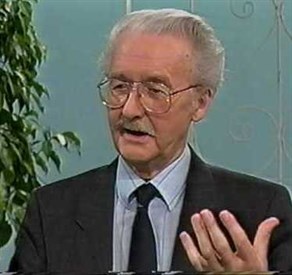 Baron Quirk was born in the Isle of Man at Lambfell, where his family farmed, and attended Douglas High School for Boys before reading English at University College London.

He went on to become one of the most important figures of 20th Century English linguistics and was highly regarded in the fields of academia and politics.

He was appointed a Commander of the Order of the British Empire (CBE) in the 1976 New Year honours and was knighted in 1985. He became a life peer as Baron Quirk of Bloomsbury in 1994 and was an active member of the Lords into his 90s.

‘I am personally very saddened to learn of the death of Baron Quirk and I wish to express my condolences to his family. I will remember him as a proud Manxman and one of the most influential people to come from our shores. Working behind the scenes, he also made a contribution to the reciprocal health agreement between the Isle of Man and the United Kingdom.’

‘While he may not be so well-known among today’s scholars, Lord Quirk was a towering intellect whose work defined English language studies over the second half of the 20th Century. The Isle of Man and the wider academic community has lost a truly outstanding figure.’