The TT Races and Isle of Man Festival of Motorcycling saw an increase in visitors this year, with a combined estimated spend of £44 million, resulting in a contribution of £31 million to the local economy.

The latest survey into the 2017 Isle of Man Festival of Motorcycling revealed that over 16,000 visitors attended the event this year, representing a year on year increase of almost three percent.

Combined the two events attracted an additional three thousand visitors to the Island compared with 2016, bringing the total to 61,272 visitors in 2017.

Key findings of the 2017 Isle of Man Festival of Motorcycling study:

‘Capitalising on the potential contribution that the TT Races and Festival of Motorcycling can make to the Isle of Man’s economy is an integral part of our overall tourism strategy to grow and develop the sector. The strength and successful delivery of both events gives us, and any businesses and individuals who operate in tourism, a really strong platform to build a year round offering.’

‘The results of these surveys highlight the importance of both events to the Isle of Man’s visitor economy. We are very grateful to everyone who has contributed to the successful delivery of both of these events including ACU Events, the Manx Motor Cycle Club and the army of volunteers who give up their time as well as the Government departments responsible for the event delivery, and our contracted partners. The success of the events highlights the results that can be achieved with a strong partnership between the public and private sectors.’ 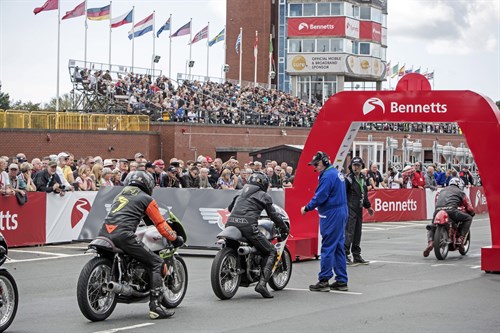