TheatreFest returns to The Studio Theatre at Ballakermeen High School, Douglas, this October.

There are exciting new features to the festival, which is in its third year.

‘After the success of the inaugural and 2016 TheatreFest, this year’s festival is more varied than ever and offers the theatregoing public the chance to see something new.’

Musical theatre will be provided by Jenna Donnelly and Ethan Lewis Maltby with The Battle of Boat, featuring a cast of young local performers, on Friday 6 October.

This exhilarating and captivating show is written specifically for children and teenagers. It is set during World War One and centres on rival gangs of children who engage in the war effort while defending their home territory from bullies.

Filled with stunning songs and witty dialogue, its performance at TheatreFest 17 will be only its second after its premiere by the National Youth Theatre in London. 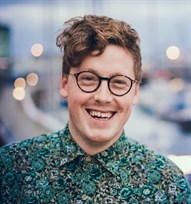 John Young returns to the Island to create a piece of theatre from scratch that will be performed on the same bill on Friday 6 October.

John devised a hard-hitting drama, depicting the struggle of refugees, for last year’s festival but this year tackles a comedy looking at peculiar traits of Manx life: Chips, Cheese and Gravy.

Through workshops in schools and the community in the week leading up to the event, he will recruit local performers. Casting is open to all and no experience necessary: just a passion to perform, learn and create.

To register your interest, email stagedoorentsiom@gmail.com

Saturday 7 October will see another exciting double bill, beginning with a new dance piece created by Pippa Salter of The Academy of Dance and Ludus Youth Dance Company.

The piece will be based on the Manx legend of Lhiannan Shee – a beautiful fairy who preys on artistic people – and has been composed for TheatreFest 17 by Charlotte Marlow.

Charlotte is a graduate of the Royal Northern College of Music and has written for artists such as the Manchester Camerata, the Shion Duo and the award-winning A4 Brass.

The second half of the evening will be the world premiere of Three Mothers by Matilda Valevitch, the winner of the Arts Council’s playwriting competition held to mark TheatreFest 16.

This gritty piece of drama focuses on the lives of three women whose stories involuntarily intertwine.

Tickets for TheatreFest 17 are available from www.villagaiety.com, the Isle of Man Government Welcome Centre and by ringing +44 1624 600555. Tickets are £10 for each evening, concessions £8, with a ticket for both evenings £15.

In conjunction with TheatreFest 17, the Arts Council is running its annual competition to create a new, one-act play.

The winner will have the work performed as part of TheatreFest 18 and the deadline for entries is December 31 2017.