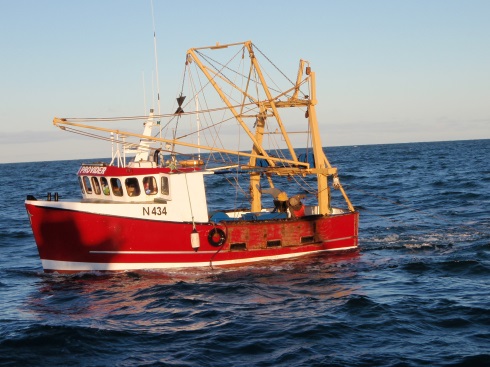 The latest prosecution of a vessel skipper reiterates the Department of Environment, Food and Agriculture’s (DEFA’s) determination to manage and regulate fishing within the Island’s territorial sea.

That is the message from Geoffrey Boot MHK, Minister for Environment, Food and Agriculture, after a court fined John Baldwin £8,000 plus £50 costs and ordered him to forfeit his catch of king scallops, worth £220.

Vessels fishing for king scallops in Manx waters require a licence and checks showed the Provider didn’t have one.

The vessel, skippered by John Baldwin, was escorted to Port St Mary, where it was detained.

Mr Baldwin, of Scrogg Road, Kilkeel, Northern Ireland, appeared before the Deputy High Bailiff on Friday 25 November and admitted fishing without a licence.

Mr Baldwin took responsibility for the error, telling the court the vessel originally had both UK and Isle of Man licences but had to be registered to a new owner.

In reinstating the UK licence, the new owner of the vessel failed to re-apply for an Isle of Man licence.

Anyone wishing to fish in Manx waters must specifically apply to DEFA for a licence, the Department explained in court.

‘The issues surrounding the sustainability of fishing in Manx waters are well publicised. Licences come with conditions, which mean we can regulate how much stock is taken to protect the industry in the long-term for everyone’s benefit.

‘The size of this fine proves how seriously the Island takes those who flout the law and I hope it sends out a message to other skippers to check they are licenced before fishing here.’