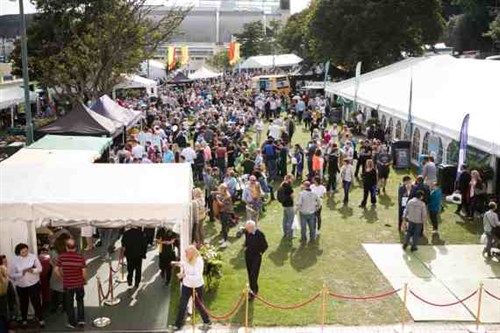 Sponsors are sought for the award-winning Isle of Man Food and Drink Festival.

The festival, run by the Department of Environment, Food and Agriculture (DEFA), takes place at the Villa Marina Gardens on Saturday 16th and Sunday 17th September 2017.

They were enticed along by the strongest ever line-up of producers, caterers and attractions.

In 2015, the festival won the PokerStars Award for Public Sector Achievement of the Year at Isle of Man Newspapers’ Awards for Excellence.

‘The festival is an excellent event for sponsors to have their name associated with,’

‘Visitors attend in large numbers to taste, and buy, the great selection of local food and drink and enjoy competitions, demonstrations and live music.

‘Activities for children make it a fabulous family day out and live music, food and a bar extend the event into the evening on the Saturday,’

‘The event hosts the final of the prestigious Chef and Student Chef of the Year contests, which always attract large audiences.

‘The festival receives excellent media coverage, both on and off the Island and provides an unrivalled opportunity for sponsors to raise their profile as supporters of Manx produce and the local economy.’