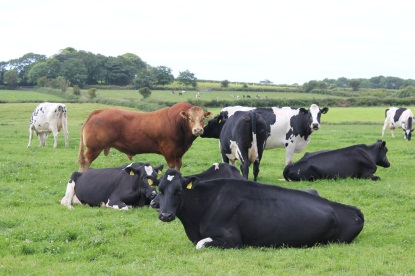 The news the Island's cattle herd has been granted official tuberculosis-free status is welcome for the economy.

The Minister said the status will enhance the already good reputation of the Island's breeding cattle, boosting export trade, and is an endorsement of the Island's strict disease control measures. It will also lead to savings on routine testing.

TB can devastate herds and poses risks to other livestock, wildlife and pets. In parts of the UK, it has spread significantly in recent decades, with the slaughter of infected animals and consequent disease restrictions causing massive financial loss to affected farmers and escalating costs to governments.

The average cost of dealing with an outbreak on a farm is estimated at £34,000.

The Island was bovine TB-free for 30 years prior to an outbreak in 2001 resulting from cattle imports.

Supported by the Manx National Farmers’ Union (MNFU), DEFA prevented the spread of the disease in the Island by imposing two-yearly testing on all cattle.

A new blood test, developed in 2007, enhanced the eradication strategy.

‘This is the end of a long road of research, testing and robust control measures that will allow us to increase our trade in quality breeding stock, with the obvious economic benefits,’

‘A number of our herds have an international reputation in their respective breeds and official TB-free status will enhance this by adding a further quality guarantee.

‘We can now also reduce our routine testing to a risk-based programme, which will substantially focus on imported cattle, and save costs by not routinely testing herds that are unlikely to experience the disease.

‘Work by my officers, in partnership with the industry, has led to this achievement, of which we can all be proud.’

‘The criteria for official TB-free status is six years with no outbreaks from a local source,’

‘We have gone beyond this milestone and look to a secure future in keeping TB out of the Isle of Man.

‘My thanks go to local veterinary practices and farmer for their dedication in completing testing schedules. We must continue to ensure all cattle keepers complete any required testing on time.’

‘This is a great example of Government and the industry working together to enhance the Island’s economy and reputation.

‘Officially TB-free is a tremendous reassurance in today's marketplace. Buyers who are understandably wary of the risk of tuberculosis when purchasing any stock can have full confidence in cattle purchased from the Island.’