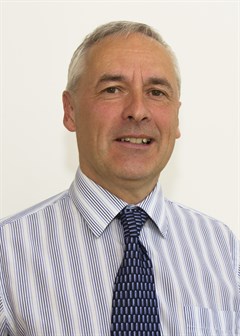 Alistair Breed is the new Director of Animal and Plant Health, the Department of Environment, Food and Agriculture (DEFA) has announced.

This position includes the role of Chief Veterinary Officer, which he takes over from Stuart Jaques, who is leaving DEFA.

The role has been enlarged to include leadership of plant health – previously split between DEFA directorates – to give it clearer focus.

A veterinary surgeon, Mr Breed joined the Department in 1989 as a Veterinary Officer, a role he occupied for 24 years.

He has expanded his knowledge of Government over the past three years, with roles in finance, corporate services and project management.

He will lead the Department’s animal health and welfare activity, which carefully balances the needs of animals with the promotion of trade.

After many years’ hard work by DEFA, the Island has a strong reputation for animal health and has earned, for example, TB-free and varroa mite-free status.

Mr Breed will also lead work on disease prevention and control in plants, another important area of trade for the Island.

‘I look forward to leading a team which safeguards and promotes sustainable animal and plant health for the benefit of the environment, the economy and the community.’