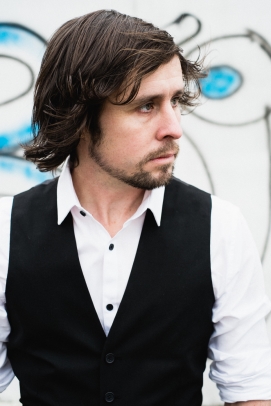 The Minister for Education and Children has underlined the economic and reputational benefits the arts bring to the Isle of Man.

Tim Crookall MHK was speaking as he welcomed two new and two returning members of the Isle of Man Arts Council.

The Arts Council is an advisory board to the Department of Education and Children and consists of eight members, chaired by Geoff Corkish MBE, MLC, political member of DEC with responsibility for the arts.

Its role is ‘developing and improving knowledge, understanding, practice and access to the arts in all its forms’.

‘The Arts Council plays a crucial role in the Island, not only with its support of grass root arts and community work, but also in enhancing our quality of life.

‘Island of Culture 2014, last year’s Arts Council-led celebration of the arts, is acting as a catalyst for cultural and economic growth and regeneration that will leave a lasting legacy for creativity and the arts in the Isle of Man.

‘Such a legacy will not only raise the profile of the Island but also bring an economic boost by making the Island more attractive to residents, visitors, and investors.’

Members of the Arts Council, who are unpaid, serve a four-year period and can be re-elected once.

Mr Wertheim is a businessman who was instrumental in bringing the successful Kurt Schwitters exhibition to the Sayle Gallery. His interests and experience span the visual arts and music. Mr Brindley is a radio broadcaster who is passionate about music and theatre and believes the arts have a crucial role to play in youth work and social integration.

Dr Rowles is an educator, performer and composer and has a doctorate in ethnomusicology. She is co-founder of Mannin Music. She is particularly interested in Manx culture. A member of the Yn Chruinnaght committee, she has been involved in the organisation of events and has developed links with the other Celtic nations.

Matt Creer is a professional musician and songwriter who has recorded albums and singles, gigs locally and in the UK and nurtures talented young musicians at Rock Academy Isle of Man. He recently enjoyed success in the UK iTunes charts. A graduate of the Royal College of Music, he has worked with world renowned ensembles and musicians including the London Philharmonic Orchestra, Sir George Solti and The Kings Singers.

‘We had many strong applications and it is gratifying that so many people seek to contribute voluntarily to further the arts. The new membership represents a broad range of skills across the arts.’

Other members of the Arts Council are Michael Lees, Adrienne Burnett, Alan Jackson and John Quirk. Jo Callister is a non-voting representative of the Department of Education and Children.