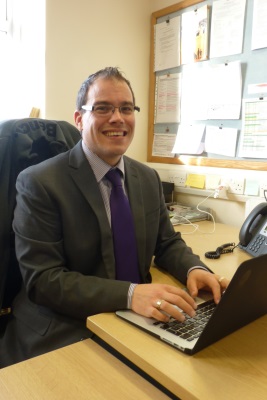 The Department of Education and Children is pleased to announce that Ian Postlethwaite has been appointed headteacher of Victoria Road Primary School with immediate effect.

Mr Postlethwaite has been acting headteacher of the school since Caroline Savin, the head for four years, was seconded to the Department of Education and Children’s Education Improvement Service (EIS) in September 2013.  She took up a permanent post there earlier this term.

Mr Postlethwaite graduated from Edge Hill University (formerly Edge Hill College of Higher Education) in 2005 with a degree in Primary Education and English with qualified teacher status. He took up his first post on the Island at Auldyn Infant School as a newly qualified teacher.

In 2009, he moved to Victoria Road School, joining the senior leadership team with responsibility for assessment for learning and for Information and Communications Technology (ICT) across the school. He was appointed deputy headteacher at Victoria Road School in January 2013 and has been acting headteacher since September 2013.

'I am absolutely delighted to have been permanently appointed to the role of headteacher at Victoria Road. I am extremely proud to lead such a caring and happy school. Being able to work with a team of talented and highly committed staff, supportive parents and most importantly, truly enthusiastic children is a real privilege.'

In his spare time Ian enjoys spending time with friends, running, traveling, the theatre and he is also renovating his home in Ramsey. He has a keen interest in motorsport, co-driving in stage rally events and he also enjoys competing in navigational road rallies.

Victoria Road School has 217 pupils on the register.