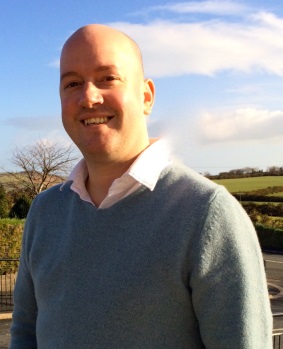 The Department of Education and Children is pleased to announce that David Jenkins has been appointed headteacher of Bunscoill Rhumsaa with effect from September 2014.

He will replace Jacqueline Barrow, who has been headteacher of Bunscoill Rhumsaa (and its predecessors Scoill Ree Gorree and Auldyn Infants) since 2009 and who is retiring this summer after 36 years in education.

Mr Jenkins graduated from Reading University in 1998 with a degree in history with qualified teacher status. He took up his first post in the London borough of Redbridge as a newly qualified teacher before moving to a second school in the area as an ICT coordinator.

In 2003, he returned to his native Isle of Man to take up a post at Onchan Primary School as literacy coordinator. He then worked at Ashley Hill Primary School and enjoyed a year as a member of the Island’s peripatetic team. He was appointed deputy headteacher at St John’s Primary School in February 2007 and has headed Dhoon School since January 2011.

Bunscoill Rhumsaa is the Island’s biggest primary school, with 472 pupils on the register.

‘I’m delighted to be joining the team at Bunscoill Rhumsaa and I’m looking forward to getting to know the children, parents and staff there over the coming months,’

‘Of course, I’ll always look back fondly at the years I have spent at Dhoon, where it has been my pleasure to have worked with such a talented, committed staff and wonderful children.’

Mr Jenkins is married to Katie and they have a four month old son, Griff. His interests include history, cinema, reading and football.

The headship of Dhoon School will be advertised shortly.