The flag will accompany Phil as he attempts to climb Carstenz Pyramid in Papua New Guinea.

If successful, the Isle of Man police officer will become one of an elite group of just 230 climbers to have scaled the highest peaks in each of the seven continents.

At 15,629ft Carstenz Pyramid is the tallest peak in Australasia and also one of the most remote of the ‘Big 7’.

Phil, who sets off this Saturday (2 November) to begin his latest challenge, is once again raising money for Ronald McDonald House Isle of Man Family and Friends.

‘I wish Phil the very best of luck and look forward to seeing the Manx flag flying at the top of another of the world’s highest mountains. To climb the tallest peaks in each of the seven continents would be a truly remarkable achievement. Phil has been an excellent roving ambassador for the Isle of Man across the globe and has raised thousands of pounds for a very worthy cause. I hope his latest venture is a big success.’

People can make a donation to Ronald McDonald House Isle of Man Family and Friends by visiting http://www.justgiving.com/PhilDrowley 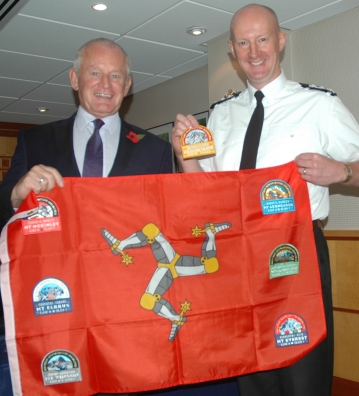