A CD launch will put money back into a Youth Service project that nurtures young musical talent.

Full Moon Fallout will launch its first album at a special gig at the Youth Arts Centre in Douglas on Friday 24th May at 7pm. 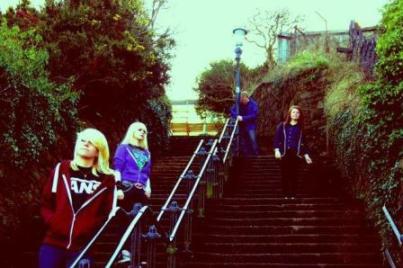 Soundcheck performs at events Island-wide as well as hosting its own gigs at the Villa Marina. It is planning a number of special events for Island of Culture 2014.

With support from the Isle of Man Arts Council and Britannia International, the project has a studio at the Youth Arts Centre and can now issue recordings under its own, in-house label.

Proceeds from sales of the TT single all went to Soundcheck and the £5 cover price of the album, ‘Some Things are Meant to Be’, will be ploughed back into the project, too.

‘Soundcheck provides a safe environment with like-minded people to practice and develop as a band, while gigs allow young people to gain confidence and experience in playing live in front of an audience.’

Entry to the launch is free.