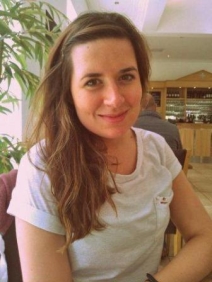 A second student from the Isle of Man is being afforded the chance to study in America for a year.

Former Ballakermeen High School student Siobhan Walshe was announced in January as the winner of the 2013/14 Ella Olesen Scholarship to spend a year at the University of Idaho.

The scholarship is awarded annually to a female degree student who has been supported through her studies by the Department of Education and Children. It is named after the late Miss Ella Olesen, a former registrar of the university who died in 1985. Her Manx ancestry – her mother Margaret Teare was born in Ballaugh and emigrated to America in 1890 – led her to gift the scholarship in 1971.

Siobhan, 21, of Fairway Close, Onchan, who is completing an MA in history at Edinburgh University, was chosen from among six interview candidates.

Now the runner-up candidate, Joanne Durber, 21, will join Siobhan when she travels to the United States in August after the university agreed it could fund a second scholarship this year. Joanne, of Queen’s Drive, Peel, went to Queen Elizabeth II High School. She is completing a BA in English literature and creative writing at the University of Chester.

‘I first heard about the scholarship in 2010 when I read in the newspaper that Katie Taylor had been awarded the opportunity. I remember hoping at the time that I would be able to apply after completing my degree and now that I’ve been picked and it has become a reality, I am very excited to be joining Katie in August, as she continues to study for her PhD in Idaho.

‘I really can’t thank the Department of Education and Children enough for choosing me to be the second Ella Olesen scholar for 2013. I’ve dreamt of living and studying in America for a long time and to be offered the chance to go out as a Manx ambassador, alongside Siobhan, is absolutely incredible.

‘I am really looking forward to experiencing the American way of doing things, getting involved with the activities on offer at the university, studying some subjects that I’ve not been able to learn about before and, of course, putting my Isle of Man stamp on things as much as I can.’