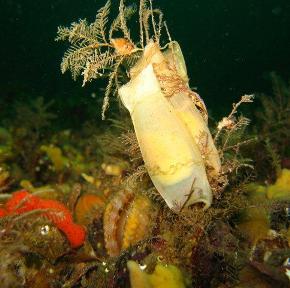 The mass rally has been organised by TV presenter Hugh Fearnley-Whittingstall as a focal point of his campaign to promote more sustainable fishing. People will be marching in support of the introduction of 127 Marine Conservation Zones in the UK after the Channel 4 programme Hugh’s Fish Fight: Save Our Seas claimed that only 0.001% of UK coastal waters are protected.

The situation is in contrast to the Isle of Man where Marine Protected Areas (MPAs) have been in place since 1989, when Port Erin was first closed to dredge-fishing trawlers. Another five MPAs have been established since then, the latest being Bay ny Carrickey in 2012, as part of efforts to preserve the Island’s marine environment and manage its fish stocks in a responsible manner.

This long-standing commitment to safeguarding the future of Manx coastal waters was highlighted in the first programme in the Hugh’s Fish Fight series, broadcast on February 14. The C4 film crew visited the Isle of Man to examine the effects of scallop dredging and how marine-protected areas are helping the recovery of local waters. The show demonstrated the Isle of Man’s willingness to embrace scientific research, promote marine biodiversity and manage its fish stocks, in particular within the Manx trawl-caught queen scallop industry.

The designation of the Marine Protected Areas has been a key element of a package of measures aimed at providing a stable, successful and secure Manx fishery. Progress has been achieved as a result of the close working relationship between the Isle of Man Government and representatives of the fishing industry, including the Manx Fish Producers Organisation. All parties have recognised the benefits for conservation purposes and also to commercial fishing by protecting spawning areas and nursery grounds for commercial fish and shellfish.

Phil Gawne MHK, Minister for the Department of Environment, Food and Agriculture, said:

‘While the current campaign in the UK is focused on the introduction of Marine Conservation Zones, this is something the Isle of Man has been actively pursuing for more than two decades. Government, fishermen and processors have been working together to ensure the Isle of Man retains a strong fishing industry while protecting our marine heritage. We are leading the way in many respects, but are certainly not complacent as there is more work to be done in the years ahead.’