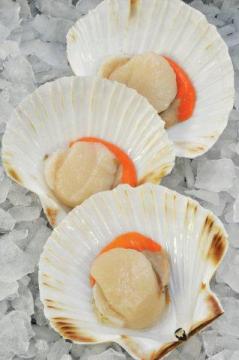 Phil Gawne MHK, Minister for Environment, Food and Agriculture, has welcomed recognition of the Isle of Man’s pioneering approach to marine conservation.

The Channel 4 programme Hugh’s Fish Fight: Save Our Seas, broadcast on Thursday night (14 February 2013), visited the Isle of Man as part of an international campaign to promote sustainable fishing. Presenter Hugh Fearnley-Whittingstall went underwater to examine the effects of scallop dredging and how marine-protected areas are helping the recovery of Manx coastal waters.

The show focused on the Isle of Man’s long-standing commitment to sustainable fishing, in particular within the Manx trawl-caught queen scallop industry, and highlighted the success of our Marine Nature Reserves.

‘Overall the Channel 4 show was very positive in terms of demonstrating the Isle of Man’s willingness to embrace scientific research, promote marine biodiversity and manage our fish stocks. I share Hugh Fearnley-Whittingstall’s passion for protecting our marine environment and tackling wasteful and destructive fishing practices, and I hope his TV show will help to raise awareness of the Isle of Man as a responsible and forward thinking country. On the whole there is a close working relationship between Government, fishermen and processors in the Isle of Man which has enabled us to put in place a number of positive measures, particularly in relation to the sustainability of the scallop industry. The right balance has to be struck in order to support a vital local industry which brings quality food to the table, creates employment and boosts the Manx economy, as well as recognising the benefits of conservation. Ultimately it is in all our interests to ensure we have a stable, successful and secure fishery.’

The Isle of Man has been a long-standing advocate of fishing conservation and its achievements in this area were recognised in 2011 through the award of Marine Stewardship Council (MSC) accreditation. As well as seasonal closures and restrictions to conserve stock – and the eco-system that supports it – the minimum landing size for queenies is the largest in Europe. Isle of Man queenies were recently awarded Protected Designation of Origin status by the European Union and in 2011 won the Billingsgate Sustainable Seafood Awards.

‘By working together towards a common goal we are continuing to make good progress. The Department takes its responsibilities in this area very seriously indeed and have invested carefully to ensure the Isle of Man retains a strong fishing industry while protecting our marine heritage.’