If you get into difficulties around the coastline or at sea and require assistance, dial 999 and ask for the Coastguard 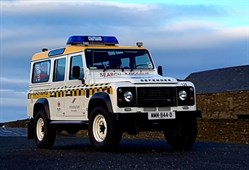 The Isle of Man Coastguard was formed in 1989 in response to the withdrawal of HM Coastguard and the closure of its Maritime Rescue Sub Centre at Ramsey. By agreement, HM Coastguard provides search and rescue co-ordination for Manx territorial waters with advice from IOM Coastguard and the IOM Marine Operations Centre which operates 24/7 from the Sea Terminal building in Douglas.

IOM Coastguard is part of the Ports Division of the Dept. of Infrastructure and is responsible for the provision of search and rescue teams to deal with coastal incidents and, increasingly, inland incidents. There are 5 teams located at:

These teams aim to provide a response by Coastguards within 20 minutes to any part of the coast. The service responds to approximately 250 requests for assistance each year and works closely with other emergency services. The teams are made up of volunteers who live and work in the vicinity of the station.

IOM Coastguard teams are equipped with 4x4 vehicles and a range of coastal and inshore rescue equipment. The teams are trained in Rope Rescue, Water Rescue and Search. The teams also provide response to inland searches and off-road access for the IOM Ambulance service.

The service also deals with many reports of unusual objects washed up on the island’s shoreline. Should an object give cause for concern then the Coastguard works closely with other services and will co-ordinate a response by the UK military ordnance disposal teams. The Coastguard also collects, stores and arranges the disposal of out of date marine pyrotechnics. 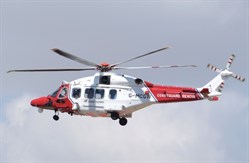 Strong links have been retained with HM Coastguard through regular contact and visits with Belfast Coastguard Operations Centre, responsible for co-ordinating all offshore civil maritime search and rescue within Manx territorial waters. Regular contact is also maintained with the HM Coastguard helicopter bases at Caernarvon and Prestwick who provide air assistance when required. A high degree of liaison exists with the RNLI lifeboat stations on the island with many rescues and training exercises being conducted together.

Remember – Coastal emergency? Suspicious object on the coast? Dial 999 and ask for the coastguard.