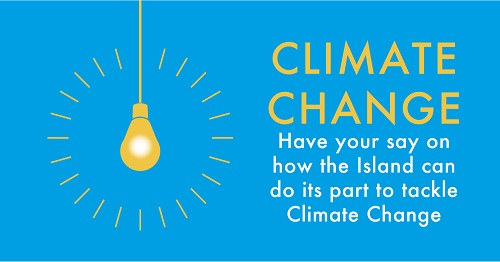 In May 2019 the Chief Minister announced that a Climate Change Bill will be introduced into the Branches in the next legislative year.

The Climate Change Bill will commit this government and future administrations to reach net-zero carbon emissions by 2050 in line with the United Nations Intergovernmental Panel on Climate Change report.

In June 2019 Tynwald unanimously voted for the establishment of a dedicated Climate Emergency Transformation Team led by an independent chair and a Climate Change Action Plan to be laid before Tynwald by January 2020.

In July 2019, Prof James Curran, was appointed as independent chair to lead the work of the Climate Emergency Consultative Transformation Team to produce a Climate Change Action Plan for net zero emissions

Prof James Curran set out an approach to achieve this, as being inclusive and collaborative. Any action plan should take into account the context of our island.  To achieve this he built a team of cross government representatives and began to involve a wide range of stakeholders.

As part of this plan a number of imminent actions will be looked into including:

A team of representatives from Government Departments, Boards and Offices, working across organisational and disciplinary boundaries to facilitate the creation of a comprehensive, coherent and integrated plan.

The broad range of expertise, skills and knowledge within the Analytical team, working in partnership with the experience and specialist knowledge of Professor James Curran will lead to an action plan that is right for our island.

The work of the team was presented in a series of Appendices to Professor Curran’s report which are published on the Independent Climate Action page to assist in the work to deliver the climate action plan.

We encourage you to share your climate change ideas by emailing climatechange@gov.im